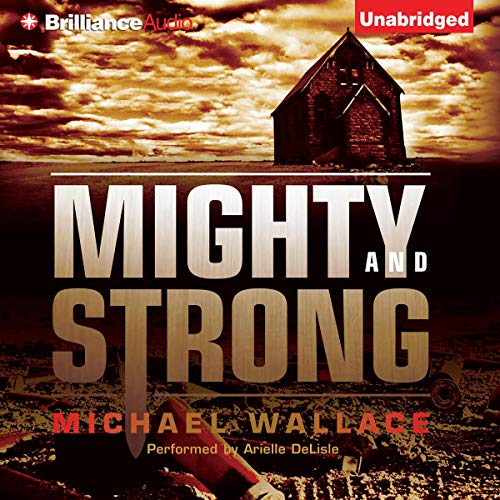 By: Michael Wallace
Narrated by: Arielle DeLisle
Try for $0.00

It’s not every man whose wife criticizes his fidelity, but Jacob Christianson hasn’t exactly led a typical life. Raised in a conservative polygamous sect, Jacob has struggled for years to reconcile his faith with his skepticism about the fundamentalist practices of his community. Not so long ago that conflict helped Jacob to combat a dangerous faction of his own church. Now it has brought the FBI to his door, seeking help to infiltrate a millennialist cult suspected of plotting to kill a US senator.

When the FBI ignores Jacob’s warnings, it sparks a dramatic standoff with the cultists, leaving Jacob and his family caught squarely in the middle. Tense and engaging, Mighty and Strong is a page-turning foray into the world of religious extremists, culminating in a thrilling battle for supremacy that will leave no one unscathed.

What listeners say about Mighty and Strong

Listen to this one, it's something differenet!

Jacob is a resident at a hospital with a wife and 3 children. But Jacob has a secret, he comes from a polygamist family. Jacob does not hold the same beliefs. And then the F.B.I. comes calling for his help. He agrees do become an informant. While doing his civic duty, his wife gets thrown out on the streets, the senator is after his(Jacob) family. Now Jacob has to pick up the pieces of his life.
The story is about Mormon polygamists, Mormon non- polygamists, a murder, and a man calling himself a prophet. The narrator did a good job with the story. The book was suspenseful, and educational. If your looking for something different, I suggest the Might and Strong.

Do All Things Happen For A Reason?

Dr Jacob Christiansen is again on the case, with the FBI, trying to figure out what's going on in a polygamist LDS sect. Real or Wrong? Still dealing with unbelief..rationality vs religion. Their end time scenario matches that of Mahdi Islam..pushing violence to bring on the end of world. And Jacob has to decide "where" he will be and with who? Doctor, Investigator, Prophet, or all of the above? Meantime he's got another murder to solve and a plot to uncover and stop! Interesting! Well paced!