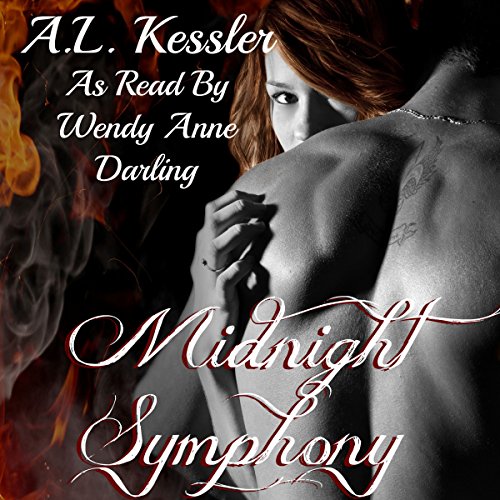 By: A L Kessler
Narrated by: Wendy Anne Darling
Try for $0.00

The legend of the Gypsy Lady had been passed down for centuries, and now it is Cora's turn. Giving people hope and taunting the Demon King is what she lives for, until she catches the attention of Darius, prince of the demons.

Hidden behind her mask, she keeps her identity from him until the king captures her. With her magic on the verge of waning and the village on the brink of war can Cora tame Prince Darius' heart before it's too late?

The night Darius kissed the Gypsy Lady became his undoing. When his father captures the woman people believed to be a spirit, Darius takes the chance to observe her. His obsession with her grows into something more.

What listeners say about Midnight Symphony

Although I honestly give this book high marks all around it is much darker throughout than I am comfortable with on an on going basis. I chanced it because I've read another story by AL Kessler. If you like dark and ominous this is for you.