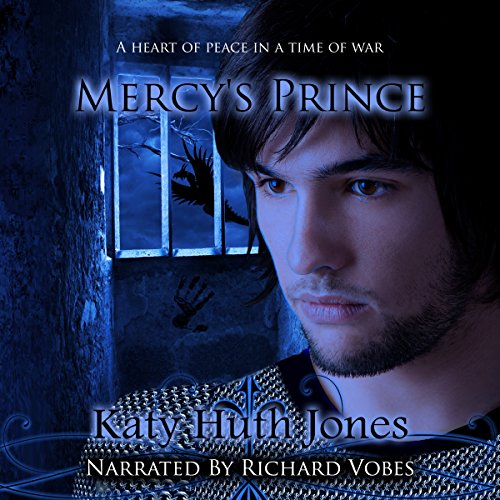 By: Katy Huth Jones
Narrated by: Richard Vobes
Try for $0.00

As second son of the King of Levathia, 17-year-old Valerian desires the quiet life of a scholarly monk. But when he fails to save his older brother in battle, Valerian must instead become crown prince. While a traitorous knight schemes against him, Valerian meets Mercy, a pacifist Healer with whom he can speak mind-to-mind like the great dragons. Their bond emboldens Valerian to seek out the legendary dragons and ask for their help against the monsters who killed his brother. Can Valerian survive the traitor's assassins long enough to find the dragons? And if he does, can he convince them to lay aside their hatred of humans and help him save the land from destruction?

What listeners say about Mercy's Prince

The story has many things going for it. War against beasties, all sorts of dragons, evil plots are just a few. Deep down it's a marvelous love story and a reuniting of family.
The narrator did a fair job. The voice changes for the characters was not a great distinction between them, but he has a lovely British accent.
I voluntarily reviewed this audio book after receiving an advanced copy.

What a great fantasy novel. At least i think. I am horrible at genres. Mercy loses it all, can Valerian help her get some life back. I love the closeness of these two. I freaking love Kerrian and Ralfe, I just want to grab his cheeks! Loved this Audiobook!

TBH I had trouble getting into the story but, I decided to give it a chance. I am so happy I did!!! I could feel the LOVE and warmth of their love. Definitely worth the money, 💖💞💖

Summary: Prince Valerian, second son of Lavathia’s king and queen, suddenly finds himself Crown Prince. Thus, he’s thrust into a role he hadn’t trained for during a time of war. Mercy too finds herself in a positions she’s not prepared for.

Additional Comments:
- For a fantasy romance book, there’s absolutely no interaction between the leading lady and the handsome prince for the first 1/3 of the book. I listened to the audiobook and it was well over 6 hours (of 15-ish) before they even met.
- The overarching plot’s not particularly unique, but the book’s awesome. (Second son finds himself the Crown Prince and has to grow into the role.)
- The author has done a nice job creating characters you can care about.
- I will admit I found the description of Mercy’s home life tedious after a while. The Brethren come across as a creepy little backwards cult. (i.e. arranging the marriage of a 14-year-old girl to the leader. Not teaching girls to read and so forth.)
- I would have prefer Mercy be slightly older, especially given where the book took the characters in the end. (She’s 14.) Even for a fantasy world, that’s really young. I do love her healing gift though. I enjoyed how her character developed throughout the course of the story.
- The side characters were reasonably fleshed out. I love Kieran. Love the name, but the character’s great too. He’s very loyal but also believable.
- The section with the dragons was surprisingly very quick.
- The bad guy’s a tad overdone, but he fits the role of loath-able villain well.
- Love the narrator. (but the kid's voice was downright painful)
- The climax happened an hour before the conclusion. That’s a really, really long denouement.