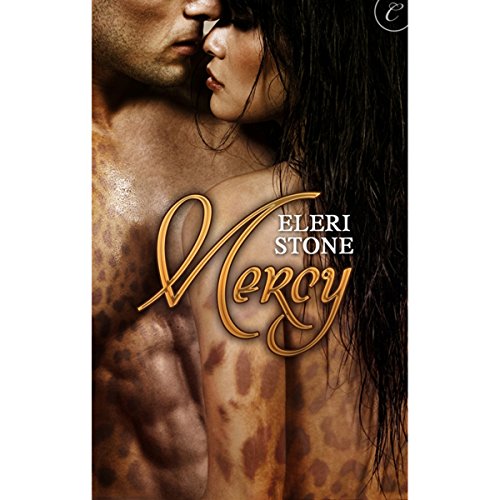 By: Eleri Stone
Narrated by: Rachel Butera
Try for $0.00

To the Yaguara, an ancient jaguar shape-shifting people living deep in the Amazon jungle, nothing matters more than strength. Iada is their champion; genetically pure, she has been trained since birth to fight. Her destiny is to become the next Queen of the Yaguara by winning the tournament of succession - a battle to the death.

Her opponent is Gabriel, a half-blooded outcast whose mother was human. To everyone's shock, he defeats Iada but does not strike the death blow - instead, he extends mercy, thereby claiming her as his mate.

Despite their enmity, the attraction between them is powerful, and soon they are mates in more than name only. Their mutual distrust serves only to fuel their passion - two champions bested only by their overpowering desire for each other.

But Gabriel has an agenda that threatens the most basic tenets of Yaguara society - and that will force Iada to choose between her people or her King.

What listeners say about Mercy

if you want steamy love scenes then this is for you, the plot is ok...kind of predictable but overall a good quick hot and steamy read.

The worst Narrator ever

This book was totally ruined by a very bad Narrator. Hard to know what the story is really like as Rachel Butera's voice is so bland and stagnant. No change for each character so that made it very hard to stay connected with the story. I did not finish this book. It was Horrible.

I don't know why I kept this in my library unread/un-listened to for so long! What was I thinking... Man! This was sooo good. I just listen to another Eleri Stone book "Demon Crossing"(review coming soon by the way), and I was blow away on how great it was. I realized I had another Eleri Stone book already in my library, so I finally listened and guess what, I just bought book 2 and 3! This was great. The female lead was breathtakingly amazing. When I say she was a strong female lead, I mean she was a strong female lead; in fact she was the champion of the Jaguar clan.

I loved how she got married to the "Mutant" and the end, was just awesome. I really can't believe I let this book sit in my library for so long... WOW! Soooo good. The smex... Man O Man, so hot... The first smex scene by the mirror... I think I am still blushing a little. Then when the male lead, made his wife say she wanted him, DUDE! I was like... OMG!! OMG!!! This book was simply great. I can't wait to sink into book 2 and 3!

A great credit or buy. I think the price is so low now, I would save my credit and just buy... but if you use a credit, it won't be wasted!

Decent Series for those who enjoy supernatural romance. the characters are enjoyable, but somewhat predictable.

What made the experience of listening to Mercy the most enjoyable?

I loved the twist and turns of Mercy.

What was one of the most memorable moments of Mercy?

the king having sex with the queen in the tunnels very steamy.

Which character – as performed by Rachel Butera – was your favorite?

The two main characters, but all of the characters were performed nicely. I enjoyed this short story.

I liked this book. I put my hands over on my cheeks a lot listening to this story.

This story is short but very entertaining.

Dang why wasn't this longer!!!

Okay first off let me say, GREAT little story....but now I am ticked it was SO little! The author had a back story....why oh WHY didn't they expand on this short little book!!!! I feel robbed, I feel cheated....okay, it really was a great story....and I would buy it again in a heart beat, but dang it I wanted more!!!! But for $4 can I really complain...I guess not...but I am!

To recap on the actual story and not my terrible rant, the characters were well developed, you actually cared what happened to them, and the plot was deep for such a small book...*sigh* there I go again...at least the steamy scenes were steamy!

Good actors and good narration; hard to believe story- lovers exciting and devoted to each other..love making is a stretch.