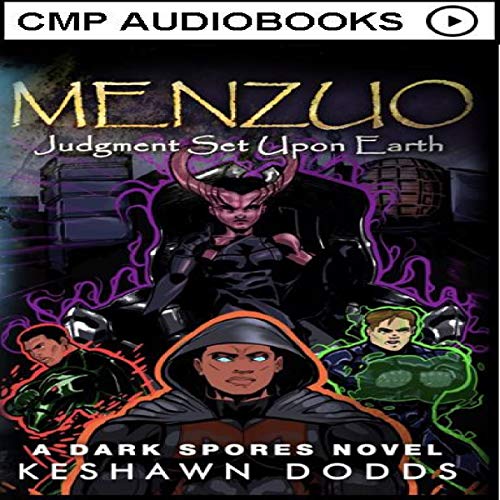 By: Keshawn Dodds
Narrated by: D. Michael Hope
Try for $0.00

When Menzuo faces a new threat, with unfathomable odds, he must upgrade once again and use his superpowers to overcome evil.

In the end, all that is left is fear!

Our universal protector, Menzuo, and his team of Solar Warriors must travel back to planet Earth to battle against one of the strongest of all Pirate Warriors: Queen Eaizah. After saving planet Bralose from a life of mutated slavery under Pirate Warrior Hydrosion - which tested his powers to the fullest - Prince Menzuo is now ready for another battle. Enter Pirate Warrior Eaizah!

But Menzuo will not go it alone. He is now banded together with both old and new friends - the Solar Warriors. But Pirate Warrior Eaizah has a special treat in store for the young prince’s return: a new evil that will push Menzuo, his team, and the planet to the brink of destruction.

Now more than ever, Menzuo and the Solar Warriors must remained focused and hone their superpowers in order to defeat the queen and save Earth while harnessing the energy of all good and evil to save the entire universe forever.

The final tie-in of the Menzuo series to the Dark Spores Saga is here!

What listeners say about Menzuo: Judgment Set upon Earth

So, this is an oddly set up series. There seems to be multiple threads in it, each written by a different author. This book seems to follow "book 1" (Menzuo: Legend of The Blue Diamond) but there is apparently another book where the character is first introduced, Menzuo: The Calling of the Sun Prince. Anyway, the narration by D. Michael Hope is a bit better this time. He's still a little dry at times, but not as often as the last time. All in all, I was pretty darn entertained for the 6 and a half hours of this book.