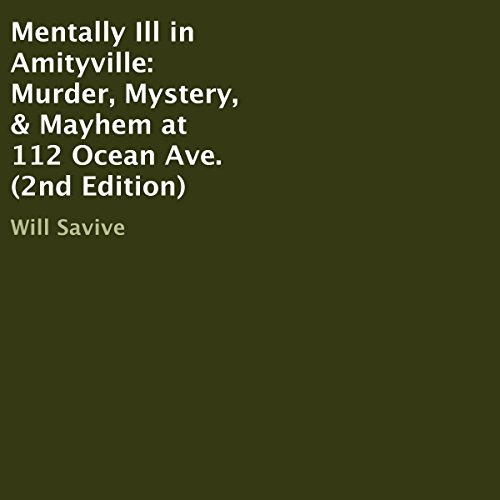 On November 13, 1974 the quiet village of Amityville was rocked by the murders of six members of the DeFeo family at 112 Ocean Ave. The only surviving member of this tragic ordeal was Ronald DeFeo Jr., who was later charged and convicted to six-life-sentences.

Thirteen months later, the Lutz family moved into the lavish Dutch Colonial home, but moved out mysteriously after just 28-days, claiming that the house was haunted! Then came a media frenzy, and with the release of Jay Anson's runaway best-selling book The Amityville Horror, which was later transformed into a blockbuster movie, the story became an international phenomenon.

Mentally Ill in Amityville (MIA), is the true story of the events as they occurred, with exclusive interviews and official documents of these dramatic events. MIA is a must-listen for anyone who wants to know the complete story behind the most famous haunted house in the world. MIA the Second Edition includes new insight, new details, and new interviews. This book is the most in-depth, factual account of the story that has remained an international phenomenon.

What listeners say about Mentally Ill in Amityville

Just my opinion but I would have been more entertained putting on a used condom.

Overall it was a good book on the subject. Any fan of Amityville and it’s legend will get enough out of this to warrant a purchase. As others have noted the producers of this performance are lacking, often the narrator will say a line then repeat it like he made a mistake and wants another take but it’s just left in the edit so he repeats things often but looking past the shoddy production value the story is a good one and provides some information I never heard before... finding out where Julia Roberts fits into the story was a neat discovery. It’s worth a credit and I’ll listen it to it again because I know there’s information I missed first time round. If you’re a fan get it now and if you’re new to the story I recommend The Amityville Horror by Jay Anson if nothing more than to get the backstory of what supposedly happened before this books looks deeper.