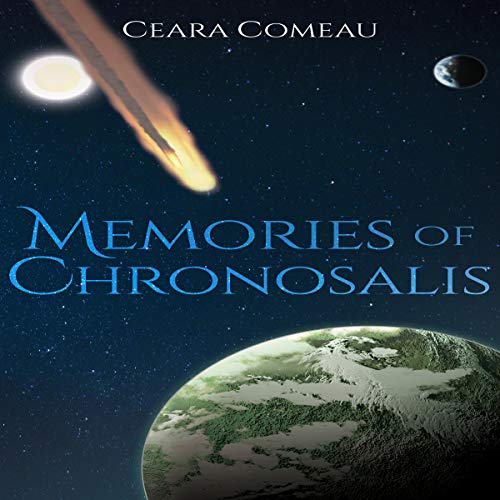 By: Ceara Comeau
Narrated by: Elaine J. Sepani
Try for $0.00

It's one thing to read about heroes saving worlds in far-off galaxies, but to become one is an entirely different story.

Sixteen-year-old Amber Oak wanted nothing more than to stay in her own world of music and solitude. But the inhabitants of Galaseya, a Utopian planet rooted in the past, had other ideas in mind. According to them, only she wielded the power to stop the dark forces threatening their home.

At first, Amber sympathized with the planet but saw no reason to involve herself in the affairs of something outside her world. But the stakes have risen when she discovers Galaseya is not only the world that has been invading her dreams, but also the place from where her estranged family originated.

With this new knowledge, questions began to surface and secrets of Amber's life come to light, causing her to second-guess everything she knows.

What listeners say about Memories of Chronosalis