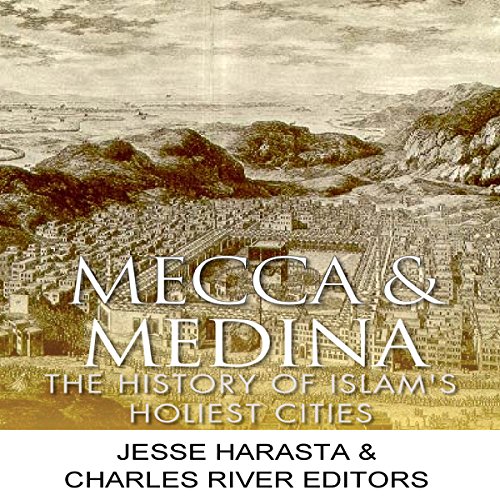 "There is no doubt in the sanctity of Mecca, but a donkey won't become a Hajj pilgrim by just going through the motions." (Rahman Baba)

"Whenever the Prophet...returned from a journey and observed the walls of Madinah, he would make his Mount go fast, and if he was on an animal (i.e., a horse), he would make it gallop because of his love for Madinah." (Sahih Bukhari, Book 30: Hadith 110)

The reason for the existence of most of the world's cities is obvious to geography students. New York and Shanghai control deep ports and straddle great rivers, bringing trade from the interior; Paris and London are at the crossing points of major cross-country rivers; Johannesburg sits atop a great mountain of gold ore; and Moscow and Madrid are at the hearts of their great nations, easily able to control even the more distant corners of the land. Mecca is quite different, as the city exists solely because it is holy.

Even centuries before the birth of the Prophet Muhammad, the leaders of Mecca established that their city was the preeminent holy site in Western Arabia and established a truce for pilgrims to the city. In the process one effect of this was that Mecca became a center for what might today be described as tourism, as even ancient visitors needed places for food, water, and sleep. At the same time, they could make offerings in the temples and leave with mementos of their time in Mecca. Many also found it convenient to bring their trade goods to the markets of Mecca, where they could find visitors bringing interesting wares from across the region, and the city also enjoyed the status of a trade center.

Of course Mecca is now best known for being Islam's holiest city, revered as the birthplace of Muhammad and the site where Allah first revealed the Qu'ran to him.