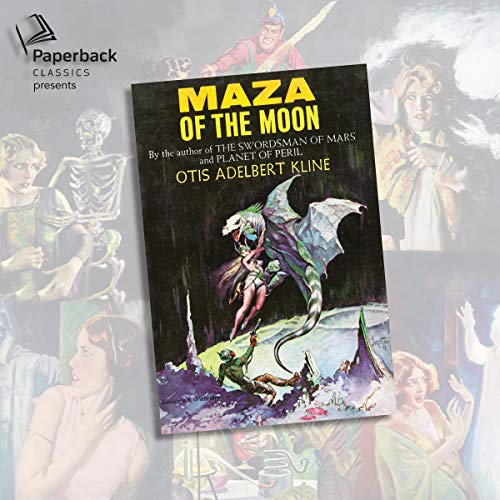 Maza of the Moon

By: Otis Adelbert Kline
Narrated by: Natasha Soudek
Try for $0.00

A missile is fired from earth to hit the surface of the moon. It is successful, and the missilemen are heroes, until...THE MOON FIRES BACK!

Terrible lunar missiles blast New York, London, and Paris. An ultimatum is delivered from the unsuspected civilization of our satellite: "You have attacked us! You will pay the penalty!"

The second book of Otis Adelbert Kline, who was an adventure and science fiction novelist of the pulp era. He is best known for his interplanetary adventure novels set on Venus and Mars, which instantly became science fiction classics. A rousing space opera, first published as a four-part serial in ARGOSY, in which earth is threatened with destruction by the inhabitants of the moon. Maza of the Moon is doing all of those things you expect and want a classic pulp sci-fi to do, not the least of which being to put a smile on your face.

What listeners say about Maza of the Moon