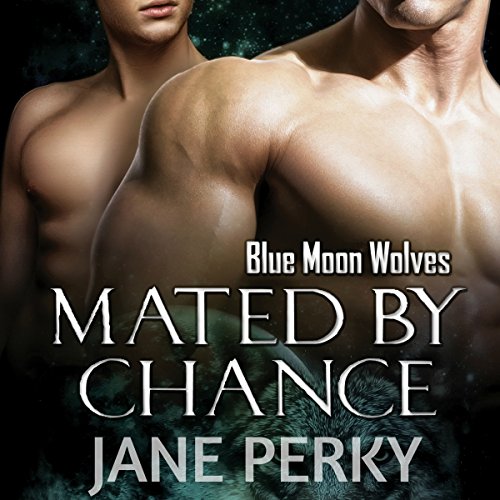 Pack alpha Hayden Keys has always had a weakness for a cutie with a killer smile. After years of disappointment and heartbreak, Hayden learned to fulfill his needs and urges from random hook-ups in gay bars. Little does he know a snarky, out-of-town omega is about to rock his world. Pregnant with his abuser's pup, Conner O'Brien is on the run from his ex and cronies. The little town of Blue Moon, populated by a local pack of werewolves, is as good a place as any to take refuge. Conner plans to lay low for awhile, before moving on. Meeting a persistent alpha was not in his plans. The more he tries to shake off Hayden, the more the alpha becomes fired up. Sooner or later, Conner suspects he'll have trouble trying to ignore the heat threatening to explode between them. The worst part is - Conner is dying to find out if love and a happy ending are in the books.

What listeners say about Mated by Chance

I would recommend it. A short listen, it was fun and light. A solid 4.5.

I adore a great love story and Jane Perky delivers. I couldn’t help but feel empathy for Conner and his situation. He’s desperate to protect his pup and the way to do that it to stay hidden. And Hayden? How can you help but love a wolf who protects his new mate? They face challenges, but it’s easy to root for them to succeed and mate for life.

What was one of the most memorable moments of Mated by Chance?

Conner's sense of humour when summing up his situation as a tabby pregnant with a pup who is being courted by an alpha while his abusive ex is still out there somewhere.

Paul Bright’s enthusiasm is clear and the narration follows smoothly. It was entertaining and I was glad I was able to enjoy it.

Love in the Pack.

A copy of this audio book was provided to me for an honest review.

First time listening to this narrator. He enhanced a good story. The story itself is interesting, with heat and humour.