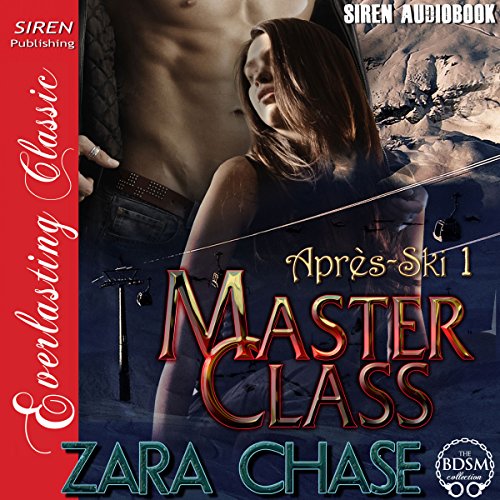 In the small, independent European resort of Nevella, Hadleigh's is the apres-ski hangout of choice. Run by six hunky American ex-pats, the club has a very exclusive private side that's strictly invitation only.

Melanie can't accept being second best and forces Tanya to confront unresolved issues from her past. Ward's feelings for Tanya compel him to re-examine his reasons for hiding in Nevella and giving up on a promising career in journalism. Can Ward and Tanya help one another to fight their demons and find happiness in one another's arms....

There are some pretty hot scenes in this book! this is diffenatly a good book to keep you warm at night.
Tonya is such a sweet curvy girl with a hot, perfect bodied, manipulated, evil, Bff.
Her best friend has been insulting her, and putting her down for years, and Tonya hasn't even noticed! All is going well on their ski vacation until Melanie, Tonya BFF can't get the attention of the guy she wants to be with for the week. He just wants nothing to do with her, and she can't understand why. Melonies temper comes out and jealousy strikes as she realized that he likes Tonya, and tries her best to ruin poor Tonya's fun with him! Tonya really needs to kick her BBF to the curb!

the narrator did an excellent job bringing this story to life! and I would recommend this to anyone looking for a hot juicy HEA read!


I was provided this audiobook at no charge by the author, publisher and/or narrator for an unbiased review via Audio Boom..

Disclaimer: I received this book in exchange for an honest review.

The narration was a bit troublesome at times: I was confused because the British characters would sometimes slip in and out of accents. If you can forgive that, You'll find that the emotions and tones are pretty believable.

This book was a most enjoyable listen. Some very hot scenes and a pretty good plot.
Tanya is such a sweet curvy girl with an evil, Bff.
What I found compelling and could not the stop listening. The story was told around events without depending on sexuality. Don't get me wrong there is plenty of graphic sex and foreplay, but there is more than that too. I normally never listen to a 5 hour book but I am going to get the next book in the series ASAP.

I was provided this audiobook at no charge by the author, publisher and/or narrator for an unbiased review via Audio Boom.

I have to agree with another listener. The narrator did not perform the British ascents very well. However, she was very good with the delivery of the other characters.

I enjoyed this book quite a bit. It was a pretty good, sexy story that was just dirty enough to interest me. I could picture in my mind's eye the ski lodge, the instructors and best of all the secret club within. Melanie was certainly a pain in the ass character that you just want to slap and you want to shake Tonya as well for putting up with her. I thought Ward was portrayed well by the female narrator but I didn't love how she would sometimes lose her British accent while portraying Tonya. I liked the pace of the story , the progression of Tonyas transformation and the humor laced in between. This book was gifted to me by the author for an honest review and I truly enjoyed it. The ending was a bit abrupt but overall, a good, sexy, dirty story that has some pretty satisfying BDSM in it.

Not worth the credit.

No depth. Very little character or plot development. I hope to return this for something more interesting.