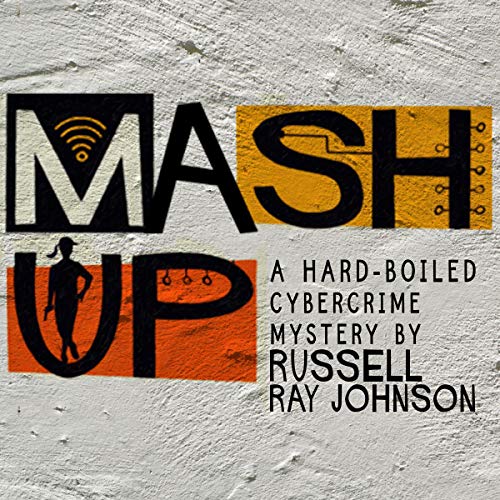 By: Russell Ray Johnson
Narrated by: Shana Pennington-Baird
Try for $0.00

Samantha "Sam" Cache fought the war on terror as a white hat hacker out to prove she could succeed in the male-dominated world of computer security, until her NSA superiors scapegoated her for failing to prevent the North Korean cyberattack on Sony Pictures. Forced to exit the National Security Apparatus, Sam is reduced to sniffing out penny-ante computer scams as a freelance IT gumshoe, until former boss Corman Leery re-enters her life with an irresistible mystery - who hacked Mary Poppins?

A modern spin on the hard-boiled detective novel, Mash-Up kicks off the Sam Cache series and introduces the world to a character that's equal parts Lisbeth Salander and Philip Marlowe. It's a twisted tale of transhuman cultists, artificial intelligence, and corrupt Hollywood hopefuls willing to do anything to bag a coveted Academy Award. Can Sam stay alive long enough to unravel the cybercrime of the century? The answer is in the Mash-Up.

What listeners say about Mash-Up

Good god. Where do I even start.

>muh edgy GRRRL badass, except she is a p1$$blanket and impossible to like

>all the male antagonists are fat, cigar smoking rapists or something

Seriously though, when did being edgy get so boring. God the amount of cliches in this book made me glad it was an audiobook, else the eye-rolling wouldve slowed reading to a crawl.