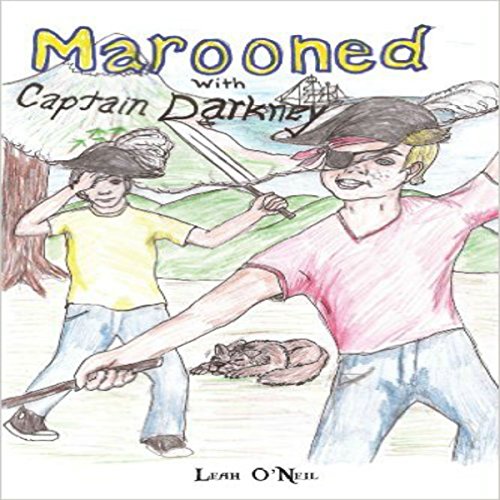 Captain Darkney has been marooned, and sentenced to hard labor in the American prison colony. Can the brave boy captain and his newly acquired (albeit insane) mate, Jamey, escape the maniacal clutches of the prison guards in time to reunite with his crew and continue the fight for the beloved Cause? And will there be enough waffles?

The make-believe world of Jamey's summer playmate is nothing compared to the new life he has been given! He never even thought he would meet his legendary, larger-than-life, half private-eye, half-mercenary dad- much less get to live with him! In his just-get-by-world, truth has always been much stranger than fiction, so playing the insane mate with Sean's alter ego is finally nothing more than letting himself be a kid. That is, until his dad thinks he is lying to him, and Jamey decides that taking care of himself the way he used to is the best life for him, after all.

How do drug dealing gang members, murder, political corruption, and kidnapping find their way into the middle of rural West Virginia? When real life sin invades a remote, former coal community, the grace of God abounds in the MacKensey family!