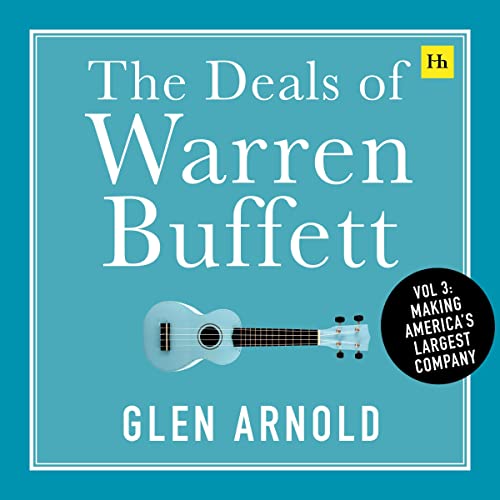 By: Glen Arnold
Narrated by: Thomas Cassidy
Try for $0.00

In this third volume of The Deals of Warren Buffett, we trace Warren Buffett's journey as he made Berkshire Hathaway the largest company in America.

When we left Buffett at the end of volume two, he had reached a fortune of one billion dollars. In this enthralling next installment, we follow Buffett's investment deals over the decade from 1989 to 1998, as Berkshire shares jumped 14-fold from $4,700 to $68,000 and its market cap grew from five billion to one hundred billion.

This was a period of Buffett’s career when he was approaching normal retirement age. But far from slowing down, he was just hitting his stride. Buffett was as driven as ever to seek out great companies at good prices. By studying the decision-making that went into his investment deals, and the successful and unsuccessful outcomes, we can learn from Buffett and become better investors ourselves.

For each of these deals, investing expert and Buffett historian Glen Arnold dives into unprecedented detail to analyze the investment process and the stories of the individuals involved. Arnold's engaging, lucid style transports the listener to the time and place of the deals, to truly appreciate how Buffett was operating.

With stories and analysis drawn from decades of investing experience, join Glen Arnold and delve deeper into the deals of Warren Buffett!