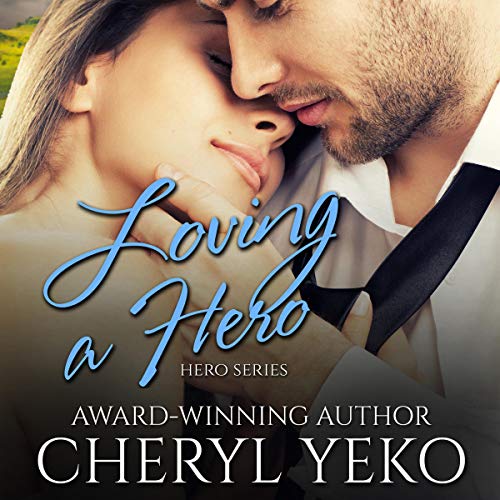 By: Cheryl Yeko
Narrated by: Alan Taylor
Try for $0.00

JEALOUSY: Stan allowed emotional baggage from his childhood to ruin a relationship with Shelly. But when she finds herself in danger, she reaches out to him for protection. Given this second chance, he’s determined to win her back, while keeping her safe from a stalker.

SECRETS: Growing up an orphan, Shelly spent her teenage years looking for love in all the wrong places. Pregnant at 18, she swore off men to raise her daughter. Years later, the one man she finally gave a chance to broke her heart. But when danger strikes, he’s the first person she turns to.

TRUST: Can two people overcome their tragic pasts and find a future together?

What listeners say about Loving a Hero

This story is very quick but really good. The narration was good and kept you entertained. This was my first book by this author but definitely will not be my last. I was given this free review copy audiobook at my request and have voluntarily left this review.

A fresh look at second-chance romance.

This is the third in Cheryl Yeko’s Hero Series, but a standalone. And it is an award winner. I was really interested to see what was so special about it, but I must say that I found it to be on a par with the first two novels. Perhaps all three should receive awards.

I found the romance and suspense of this novel compelling. Second-chance romance is not my favourite trope, but Ms. Yeko handled it differently to how I’ve read it before and consequently, I found it refreshing and appealing. On this point the novel is a stand out and perhaps that’s the reason for the award?

As with the first two books, I found the hero and heroine likeable, and the hero in particular, very heroic. I love that in all three books in the series, I loved the heroes. They were nice, protective, heroic guys without being bossy, dominating alphas. They were the kind of man a woman could love in real life.

Throughout the series, narrator Alan Taylor’s voice and characterisations were wonderful and easy to listen to, even when he was reading from the heroines’ points of view. I look forward to hearing him narrate again. Both he and Cheryl Yeko are happy discoveries for me.

This was a pretty quick romantic suspense with great narration. I can't wait to check out more by this author and narrator.

I really enjoyed this short story by Cheryl Yeko. I was pulled in from the very beginning. I thought the author did a great job developing the characters and the twists were outstanding. This is a standalone listen and part of a series. The narration by Alan Taylor was great. I love it when a performer can give characters distinguishable voices. I requested this review copy audiobook and have voluntarily written this review.

This was a quick but amazing story!! Alan Taylor did a great job with the narration! I am looking forward to more in this series! I was given this free review copy audiobook at my request and have voluntarily left this review.

I enjoyed this audio book quite a bit. The premise is solid and intriguing right up to the end. The characters are given a lot of depth, and you understand where they're coming from.

The narration is solid. Alan has a very nice, pleasant voice for all of the main "narrator" parts. I thought a couple of the deep-voiced characters were a little jarring. He may have been trying to put a tough, southern touch on them, but they sounded a bit harsh, jarring. That's just nit-picking, I would definitely recommend it.

I really enjoyed this book for a quick lesson. Shelly was a good female lead. She was multifaceted and not a pushover. I like her background story which made her seem more of a strong character. Stan was a bit of a dick, but I warmed to him after a while.

Loving a Hero was a great read by Cheryl Yeko. Stand and Shelly allowed baggage from their past get in the way of their relationship. That is until she is in danger and calls Stan to help protect her. I absolutely loved reading Stan and Shelly's story.

I got this story via audiobook boom and this is my voluntary review. This was a quick listen that was a story of a woman overcoming a childhood of loneliness after losing her parents and being sent to an orphanage. She is also dealing with being drugged and raped and then being stalked by the rapist. Her only hope the hero who she thought betrayed her. The secondary characters are a hoot and made the story so much fun. I loved the ending. The narrator was very good. I hope thee are more stories from this book. I would love to listen to Duke's story,