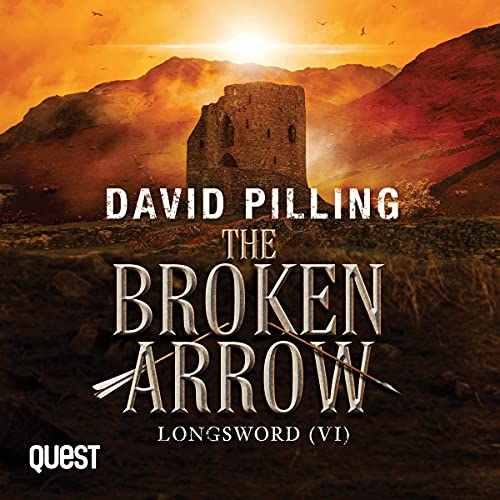 By: David Pilling
Narrated by: Marston York
Try for $0.00

The fragile peace is about to be shattered. King Edward’s victory over the Welsh and Irish five years earlier was only temporary, and now hostile forces gather again. In Wales, the defeated prince, Llywelyn ap Gruffudd, plans to claw back his lost power. His turncoat brother, Dafydd, seeks to break free of the king and help the Welsh to recover their liberty. At the same time a fresh revolt breaks out in Ireland. In the northern countries, the outlaw Robyn Hode conspires to raise the northern barons against the king. The northern rebels hope to destroy the king and replace him with Guy, one of Simon’s exiled sons. Robyn sends the broken arrow, a signal of rebellion, to all corners of the kingdom. Sir Hugh Longsword, the king’s faithful servant, stands between the king and these dangers.

What listeners say about Longsword VI