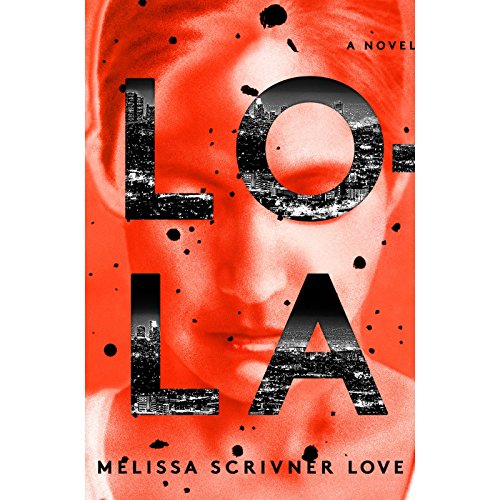 By: Melissa Love
Narrated by: Roxana Ortega
Try for $0.00

Nominated for the Edgar Award for best first novel.

The Crenshaw Six are a small but up-and-coming gang in South Central LA who have recently been drawn into an escalating war between rival drug cartels. To outsiders, the Crenshaw Six appear to be led by a man named Garcia...but what no one has figured out is that the gang's real leader (and secret weapon) is Garcia's girlfriend, a brilliant young woman named Lola. Lola has mastered playing the role of submissive girlfriend, and in the man's world she inhabits she is consistently underestimated. But in truth she is much, much smarter - and in many ways tougher and more ruthless - than any of the men around her, and as the gang is increasingly sucked into a world of high-stakes betrayal and brutal violence, her skills and leadership become their only hope of survival.

Lola marks the debut of a hugely exciting new thriller writer and of a singular, magnificent character unlike anyone else in fiction.

What listeners say about Lola

How the F did she get it all right? Right pace, good story, great characters.

Edge of my seat

I literally was poised on the edge of my seat at points in this book, as this young woman fought for her life in a world that just didn't care if she lived or died.

There's a series out on TV called "Queen of the South" that I wouldn't be surprised if the heroine wasn't modeled on Lola. The story in the TV show is very different than the story in the book, but the young woman is the same, so brave, so smart and so ruthless when she must be. Lola, a young woman with no advantages, no help, no education except the education of the street and necessity; this girl takes control of any situation and just makes it work to her advantage. She also has a heart. This book has so much conflict and danger and action in it that the most jaded of action book junkies will like it. At the same time it has a heart, and it touches on the contrast of the lives lead by the recent immigrants to our land vs. the first immigrants and the social stratification still felt in our largest cities.

Roxana Ortega does a terrific job in narrating this book. She strikes a perfect balance in setting the tone of the heartless gang leader and the schoolgirl who wants a family and the young woman facing sure and certain painful death at the hands of a drug cartel. Great job!

Events and actions were predictable.

Nothing was surprising. I had a hard time staying interested.

This book was missing things that make a good story: interesting and surprising events to move the plot, interesting relationship development among characters. It was missing engaging characters I wanted to read about. It just plods along. I was bored.

I bought this because the marketing blurb said it is “an astonishing crime thriller about an unforgettable woman who combines the genius and ferocity of Lisbeth Salander...”

My opinion: No, Lola is not like Lisbeth Salander. The backstory says Lola’s drug addicted mother pimped Lola (providing sex to men) as a way to get drugs. That was briefly mentioned, vaguely referred to, with no details or dialogue. It did not have the punch of Lisbeth’s back story. In Lisbeth’s story there is dialogue from evil doctors and a kind nurse as well as details about unusual and shocking things happening. Now as a gang leader Lola does a couple of smart things but that does not make her into a Lisbeth.

The plot: The cartel tells Lola’s gang they must intercept a drop/pickup. When things go wrong, the cartel plans to kill Lola. Lola takes steps to make things right.

AUDIOBOOK NARRATOR:
Roxana Ortega did a good job. I was pleased that I did not hear her breaths - good editing. I’m not sure how I feel about her on and off again Spanish accent. Her normal narrating voice was nicely generic American but it was disconcerting when she would switch to a Spanish accent for foods and other words.

I jumped this book to the top of my list after reading a very positive review of it in the New York Times "summer reading" review. Sadly, I found it was greatly overrated. The author is apparently trying to set up her protagonist, Lola, as a new tough gangsta leader with a conscience and core family values - sequels to come. If they do, the writing has to get much tighter. This one was way too long and just not worth the effort. I did not find Lola to be particularly interesting nor did I find the the story to be captivating. As a beach read, I would throw it in the ocean.

I loved this book! I found myself sitting in the car longer just because I didn't want to stop listening...one time up to 20 min longer! It's not my normal genre so took a chance and was so happy I did!

I thought this was good! I'm super naive and it was very eye opening. The narrator was interesting.

I really wanted to love this. Urban fiction. Gritty. The character is not likable. And the narrator doesn’t have the LA Mexicana accent I’d expect. I’m hoping this is the first in the series but it gets better.

Absolute wrong narrator for this book. Little to no gravitas. This book was supposed to feel tough and dangerous... it did not. Also i didn't believe the situations. Couldn't make it through two hours.

Great great read. With drama and cunning this story spoke volumes on so many levels