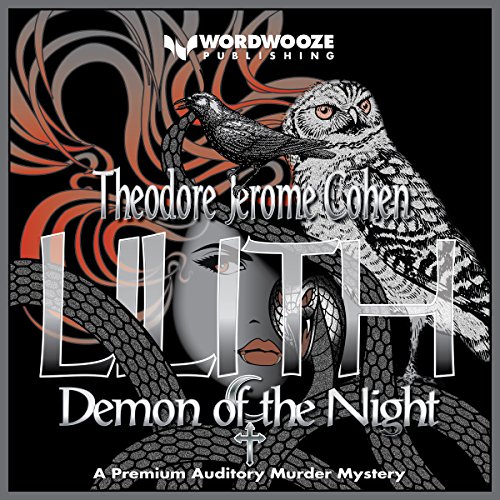 When a man dressed in a long priest’s robe and wearing a black, low-crowned, wide-brimmed ecclesiastical hat walked into a Catholic church just prior to the start of a funeral service, stuffed garlic into the deceased’s mouth, and pumped a bullet into the corpse, NYPD Homicide Detective Louis Martelli was as puzzled as he’s ever been on a case. No stranger to the macabre, Martelli is even more mystified by Deputy Coroner Michael Antonetti’s findings, which confirm that the deceased, far from having died of respiratory failure and a possible heart attack, was murdered by someone who injected him with a lethal dose of Philippine cobra venom.

When other, similar deaths are uncovered in and around New York City, the investigation conducted by Martelli and his partner, Detective Sean O’Keeffe, takes a decidedly morbid turn, leading to the discovery of a modern-day vampire cult, a woman named Lilith, and a serial killer with a score to settle.

Who is behind the killings, and can Martelli and O’Keeffe stop him before he kills his last victim and makes good his escape? The answers to these and other questions will be found in this gripping, modern-day tale of vampirism unlike any you have read.

DETECTIVE MARTELLI DOES IT AGAIN!

I can't get enough of Detective Louis Martelli! This is the third book in the series I've read/listened to, and I just love them all. Love the author and narrator, and am on to #4! Definitely a series worth listening to, highly recommended. Pulls you in from beginning to end. Great stuff! :)
I was given this free review copy audiobook at my request and have voluntarily left this review.

The writer has a very vivid imagination that will keep you entertained. I even had a laugh or two at times. Detective Louis Martelli and his partner runs into a modern-day vampire cult trying to solve a murder. Throw in cobra venom and a snake and it will keep you listening to the end.