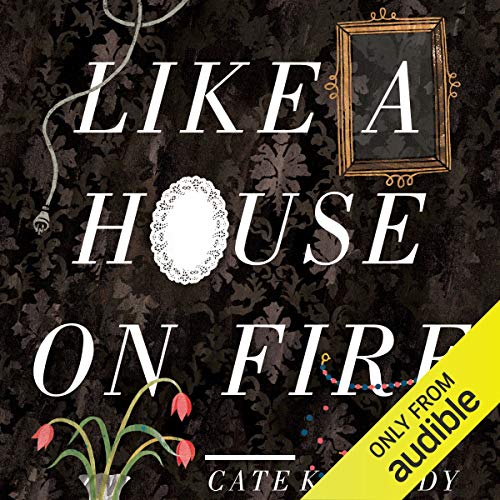 In Like a House on Fire, Kennedy once again takes ordinary lives and dissects their ironies, injustices, and pleasures with her humane eye and wry sense of humour.

In 'Laminex and Mirrors', a young woman working as a cleaner in a hospital helps an elderly patient defy doctor's orders. In 'Cross - Country', a jilted lover manages to misinterpret her ex's new life. And in 'Ashes', a son accompanies his mother on a journey to scatter his father's remains, while lifelong resentments simmer in the background. Cate Kennedy's poignant short stories find the beauty and tragedy in illness and mortality, life and love.

Cate Kennedy is the author of the highly acclaimed novel The World Beneath, which won the People's Choice Award in the NSW Premier's Literary Awards in 2010. It was also shortlisted for The Age fiction prize 2010 and the ASA Barbara Jefferis Award 2010, among others. She is an award-winning short-story writer whose work has been published widely.

Her collection, Dark Roots, was shortlisted for the Steele Rudd Award in the Queensland Premier's Literary Awards and for the Australian Literature Society Gold Medal. Cate is also the author of the travel memoirs Sing, and Don't Cry, and the poetry collections Joyflight and Signs of Other Fires. Her book The Taste of River Water: New and Selected Poems by Cate Kennedy was published in 2011.

What listeners say about Like a House on Fire

I'm not nomally a fan of short stories, but when I heard the author being interviewed on Conversations, she was so pleasantly entertaining that I decided to try something different. I took a break after each story (which doesn't always suit) and it made each story more memorable.
The lives in each story were mostly hard lives. There was very little to laugh about but somehow the moral of "things could be worse" shone through.

Great narration. understated stories. what you hear is just the tip of the iceberg. So much going on in the meaning.

To be honest, I didn’t finish it... the negative thoughts and feeling were making me depressed!

Wow, it’ll take a while for this to settle into more comfortable spaces in my body & soul, the writing sliced down into crunchy, dark & unspoken parts of me like a new steel shovel, unearthing & impersonally revealing sensitivity. Not a comfortable read, but so powerfully opening trauma to expose it to light & compassion - a great gift for one who is ready, & a brilliant insight to anyone who is not so acquainted with trauma. Well written & well read. Bravo Cate.

These are are great variety of stories, with interesting endings.
The last one is particularly good and the narration tops.

I thoroughly enjoyed these short stories, everyone of them! A lovely insight into somebody’s life. Beautifully rerated.