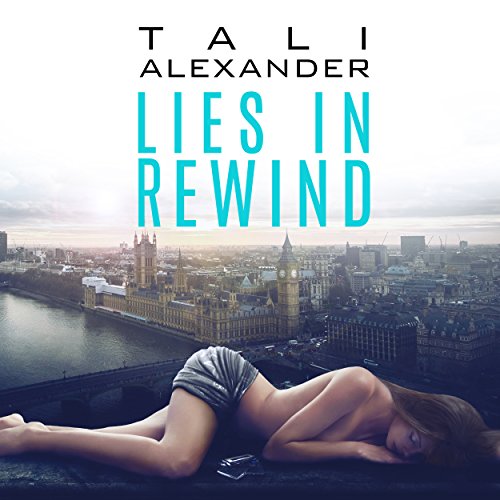 New York City attorney Sara Klein has created a perfect world for herself with her beautiful lies. A world in which she is the object of every man's fantasies and the envy of every woman. Only one man knows the truth about the dark secret Sara is hiding, the only man she's ever loved and can never have.

But Sara's world of lies starts to unravel the day sexy British heir William "Liam" Knight storms into her life. He's seeking revenge and answers for past betrayals, and will use anyone he can to get them.

An unlikely friendship between two lonely hearts seeking solace turns into love that will shatter a lifetime of lies, span two continents, and leave Sara facing the whole truth and nothing but the truth, so help her God.

What listeners say about Lies in Rewind

wonderful story and performance on this audio is great. can't wait for the next book.

If you could sum up Lies in Rewind in three words, what would they be?

Liam was my favorite character because of his frankness and earnest although mistaken desire to save Emily as he could not save his sister Isabella.

Chapter 16's "In The Air Tonight" by Phil Collins was my favorite, especially Liam's thoughts about choice; ‘Sara, she’s my choice and I need to be a good choice for her, right now. I want to be somebody’s bloody choice.’ ~Liam

I loved recognizing the eighties songs! I think there was only one that I didn't know automatically. I laughed quite a bit at Liam's inner monologue and his humorous outlook on things.

Sara and Liam both pined for lovers who were married. Cheating tropes are a negative trigger for me, so I felt very conflicted about them. I continued with the Audio Fools series because I loved the quirky habit the two female best friends, Emily and Sara, had of communicating their emotional state via eighties song lyrics. I used to do something similar when I was their age, so I loved all the nostalgic song references. But normally, I would not eagerly read a novel with any real degree of cheating as a defining element.

Sara in particular was a confusing character who projected an image of herself that was mostly a façade. Liam, motivated by revenge for his deceased sister, Isabella, sought out to destroy Louis Bruel via his wife Emily. One thing led to another and Sara and Liam met because of his returning presence in Emily’s life. Being the best friend and savvy lawyer that she is, Sara, as Emily’s best friend, equipped with her lawyer skills, decided to find out why Liam was so determined to disrupt Emily’s marriage. During the course of her investigation, she and Liam opened up to one another in an intimate setting, quickly discovering how they each had a history that led them to now have more in common than expected. But Sara’s past is still part of her present, so things don’t fall into place for these two potential lovers until much later in the story.

Overall, I liked the story’s arc and felt the setting and song title references really set a good tone for fast intimacy and the beginnings of a deeper connection between Sara and Liam. The dialogue was often frank. The sexy times were hot. And the reflective inner monologue each character had was in line with information they knew at the time. There was also a suspenseful element to this story with plenty of flashbacks revealing new details about Sara’s, Liam's and Isabella's pasts. Often when I thought I knew what would happen next, I was proven wrong. The longer period of time that eventually ends the novel was another element I liked. And that ending, ack! Luckily, there won’t be a long wait for the final novel in the series.

One of my favorite humorous quotes:
“This is nothing compared to what Richard and I plan to do to you and kitty. Everything about you drives me mad. I reckon we may both need a good will because we may just kill each other,” he declares with a grin.

Coming up next in the series is Lost in Rewind (Audio Fools, #3) with an expected e-book release date of September 1, 2016. The audiobook release date status has yet to be announced, but I’ll be doing another dual format read at that time.

not really, I just need the next book to hopefully confirm Sara and Will get a HEA

Would you be willing to try another book from Tali Alexander? Why or why not?

Yes I need the next book in this series

sara was my favourite character out of the narrators

if they did all 3 movies as one - yes

I enjoyed this book lots more than the first because we get more character information, this series has made me an audible fan. the voices match the characters perfectly.

OK so this book although is said to be a standalone - I do not agree - this story starts after book 1 finishes and also includes information about the couple in book 1 so I feel that if you did not read book 1 first reading this book would create spoilers for book 1.

So I said I enjoyed this book more because we got more character information, I also liked how the author explored how a person could take a path as a young adult, that would inevitably lead them down a path they never thought they would take.

Sara has led a life of lies and half truths, her life has been on hold, for brief moments with Jeffery Rossi ( what a selfish prick!) what he did to Sara was inexcusable, but then I was surprised that Sara allowed him to do this to her... I guess Love does strange things to us girls!

When I finally thought that Sara and Wills lives were taking a step in the right direction, the author stuck a Whacking great spanner in the works and left us hanging for book 3. oh how I was like NOOOOOOOO!!!! do not leave it there!!!!

Mmmm a pet peeve for me! So IF you hate Cliffhangers - be warned - but then again September is not that far away!

I want to wait for the Audio book, because I really loved the voices Tali has chosen, they bring the characters to life, although the British voice was a bit 'type cast' and had me cringing at times ( its the brit in me!) but when we hear the secrets that Sara has kept from all who knew her, I felt that she out of all the characters I had met so far deserved her HEA

I hope that the author feels the same way ( fingers crossed!)

I would say this is a very different definition of love that I've ever come across with... I don't believe that this is love but hey people are very weird. Best u turn off ur brain if ur going to read or listen this book.

“Meh” is how I feel about this audiobook. The storyline was just okay. It felt a bit juvenile at times, and it seemed to drag on forever. I wasn’t blown away by the performance (and I usually like Erin Mallon), but maybe it was just the book? I guess it just lacked something for me. Also, it ends in a bit of a cliff hanger, but I’m not interested enough to carry on.

I really enjoyed listening to this. Ever since reading Love in Rewind, I have been waiting for this book. Somewhere along the wait, I lost track of the author and only recently discovered that the second book was out and the third book would be releasing soon. I one-clicked this right away and added the audiobook so I could listen as well.
The narrators did an amazing job with the characters. Their voices matched and were not distracting from the story at all.
I was completely surprised with the direction of the storyline. The twists and turns really threw me for a loop and not once did I suspect any of it, even right up until the end.
I'm eager to start Lost in Rewind as I need to know what happens. I'm hoping it's not the direction I think but who knows. Tali is amazing with those stunning situations.