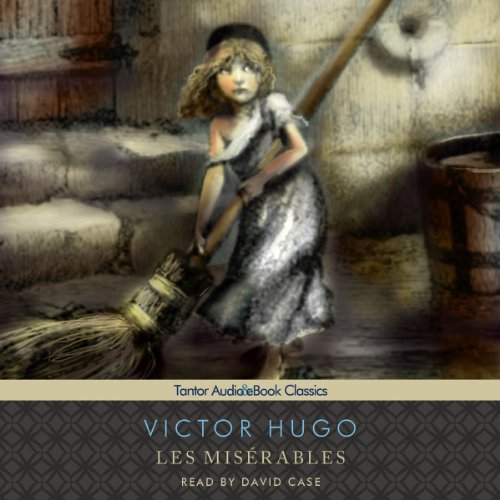 Victor Hugo began writing Les Misérables 20 years before its eventual publication in 1862. It is primarily a great humanitarian work that encourages compassion and hope in the face of adversity and injustice. It is also a historical novel of great scope, one that provides a detailed vision of 19th-century French politics and society. Hugo hoped Les Misérables would encourage a more progressive and democratic future and wrote the novel with a literary and political revolution in mind.

Les Misérables emphasizes the three major predicaments of the 19th century, each symbolized by a major character: Jean Valjean represents the degradation of man in the proletariat, Fantine represents the subjection of women through hunger, and Cosette represents the atrophy of the child by darkness.

"Hugo's genius was for the creation of simple and recognisable myth. The huge success of Les Miserables as a didactic work on behalf of the poor and oppressed is due to its poetic and myth-enlarged view of human nature....Hugo himself called this novel 'a religious work', and it has indeed the necessary air of having been written by God in one of his more accessible and saleable moods." (V.S. Pritchett)

What listeners say about Les Miserables

TOO Abridged, Read Only if You Won't Read More

Yes I'm a glutton for punishment. I started listening to this last week before the PJC musical opened, in which I played Madame Thenardier. Partly because in some ways I'm OCD - I have to do everything I do all out, so I found I could not read anything other than something from this time period during that last month before we opened. So why not just revisit the book? And partly because our Javert, aka Walters, kept asking me esoteric questions I could not answer ( we've always competed for the prize of being the most well read Les Mis fan). So I found a short version to listen to. This one was only 12 hours long, and you'd be amazed how easy that goes by in the car or while doing chores at home, even when you are super busy in a production.

Honestly, I was really unhappy with this version, because although it was abridged, it has great ratings, so I thought I would get the meat of the story. I was surprised when huge important chunks were completely missing. There is really nothing about Fantine, the rescue of Cosette, the students, the build up to the battle, and there's quite a bit of material that didn't seem necessary.

HOWEVER, I have to confess this delivers AT THE END. I did not realize how much the final part of the musical comes directly from Hugo's pen, particularly the death scene which made me cry.

Bottom line: I only recommend this version for hardcore Les Mis fans who want a bit of a refresher and don't mind important chunks being left out. If you really don't know anything about the book, you'd probably be better off going with at least the 30 hour abridged version. Absolutely do not go for the 2 hour version. If you've only seen the musical, and you want to dig a little deeper, this version will be fine but you'll be sad about the lack of Fantine's story and little Cosette, and you won't gain an understanding about the student rebellion, although Eponine and Gavroche's deaths are exquisite.

What disappointed you about Les Miserables?

There was no unabridged version available when I downloaded this. On re-listening, I realize that despite the fact the first volume of the novel is titled “Fantine” - read out at the start of the audiobook, her story is more-or-less cut,and in a choppy and unsatisfactory manner. She is mentioned about twice, then we see her as a dying woman as Jean Valjean promises to take care of Cosette. I think Victor Hugo was sympathetic to the fate of “les grisettes“, and we should hear about it, so I wouldn’t recommend this version.

The story (of course) and the narration were excellent. The only drawback to this abridged version was that it left out almost all of Fantine's story.

Where does Les Miserables rank among all the audiobooks you’ve listened to so far?

Jean Valjean because he was extraordinary in physical and spiritual strength as well as integrity.

What does David Case bring to the story that you wouldn’t experience if you just read the book?

The emotions of Jean Valjean.

Better than the movie

Oh! Yes! Hugo does us all a service in preserving for us a grand look at the social atmosphere of 19th century France. Also, he captures the essence of Christianity in telling of the redemption, reclamation and reformation of Jean Valjean because a Priest saw Jean Valjean as he really was, not as society had molded him. Because he was regarded by the Priest as one worthy of Grace and trust, Jean Valjean underwent an amazing transformation of character, becoming a man beloved by all due to his philanthropological endeavors, undertaken, in part, to amend for past wrongs. Jean Valjean became for others what the Priest had been for Jean Valjean, a type of a Savior through his charity and selfless acts of love and kindness. An amazing book that I will want to read, over and again!

incredible story and in a great abridgment. I have listened to it at least 5 times. david case let's me read French.

Would you listen to Les Miserables again? Why?

I have listened to it twice and will again.

Tenerdea (sp?) since he was such a good police detective.

Have you listened to any of David Case’s other performances before? How does this one compare?

At the risk of offending generations of proud French readers, I have to say that I did not enjoy Les Miserable. I have been an avid Dickens reader/listener for years, and while I did not expect Hugo to be quite as good as Dickens, I was excited for at least something comparable. Les Miserable is not comparable. I found it drab, predictable, and not well developed (surprising considering the length). The interactions between characters and the way their paths cross is often so ridiculously coincidental that it at times it just seems silly. Even in the Abridged version, the story line crawls along at an unbearably slow pace.
I am sorry to all those hugo fans out there, but as a lover of 19th century European writers I can say that I do not understand how Les Miserable has emerged as a 'classic'.
I admit that something could be drastically lacking in this 12 hour Abridged version that is better presented in the full version, but if that is the case, then I still could not recommend this abridged version. One way or the other, it was very disappointing.
On the bright side, David Case does a a great job narrating this book.