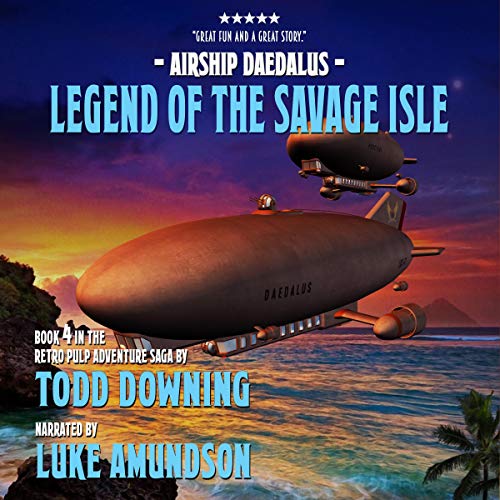 Legend of the Savage Isle

By: Todd Downing
Narrated by: Luke Amundson
Try for $0.00

May, 1927, finds the combined crews of the airships Daedalus and Percival in coordinated pursuit of the Silver Star commando forces that murdered Duke's original crew and took Rivets hostage.

Intervening in a tribal uprising in Kenya, "Captain Stratosphere" Jack McGraw & Dorothy "Doc" Starr find their replacement mechanic in the form of a young Kikuyu woman and technical prodigy.

Fighting their way through the markets of Bombay to the streets of Bangkok, braving storms and enemy attacks at every step, Jack, Doc, and the rest of the Daedalus crew must voyage to the far side of the world, where a mysterious island and its inhabitants are in dire peril. Along the way, they must learn to trust new allies and set aside old notions of empire.

What listeners say about Legend of the Savage Isle