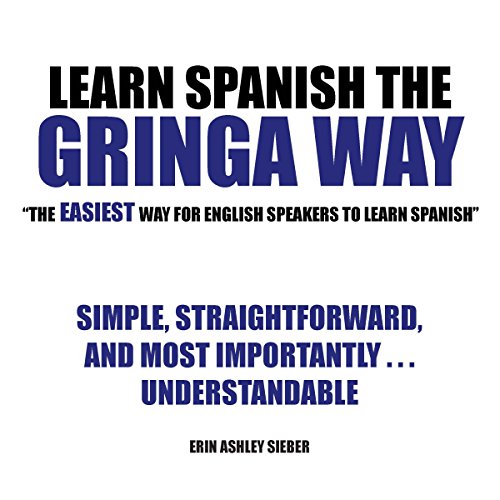 Step into a new world of learning, in which the journey itself is actually fun and exciting! The Gringa has taken a somewhat "non-traditional" approach toward teaching the Spanish language to English speakers. In doing so, she pioneered a system, The Gringa Way, which allows learners to translate their English thoughts into Spanish thoughts and sentences. This totally "new approach" not only makes the language much easier to learn and understand, but it transforms what many thought was "impossible" and makes it completely achievable. Many people have been totally overwhelmed by the "strict rules" and vast grammatical differences they discovered when trying the "old" and "traditional" methods of learning usable Spanish - so they quit - saying it is simply way too hard and frustrating. With The Gringa Way method and the help of this book, you will be speaking Spanish easier than you ever thought possible.

What listeners say about Learn Spanish the Gringa Way: "The Easiest Way for English Speakers to Learn Spanish"

What disappointed you about Learn Spanish the Gringa Way: "The Easiest Way for English Speakers to Learn Spanish"?

It was a waste of time. not at all what was anticipated

Poor audio and umm and err.