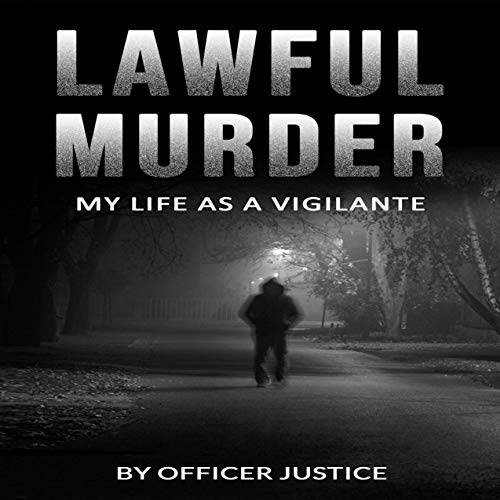 An anonymous author who identified himself as Officer Justice secretly delivered the following manuscript to my home mailbox. I was directed to publish the manuscript, or else! I have complied with his instructions out of an abundance of caution. I have no connection with this person. The author claims to be a vigilante who worked as a Deputy Probation Officer.

The manuscript details the killing of four people, two of whom were on probation. He alleges that he became disgusted with the failures of the criminal justice system and took it upon himself to impose justice. Officer Justice writes that he had access to probation case files containing confidential information, including criminal histories and home addresses. He chose his victims based on specific criteria and developed a code of conduct to avoid capture. The author is sharing his story now because he alleges he has been diagnosed with a terminal illness. This book appears to be the first in a series of more books to come. The story is gruesome at times, so listeners easily offended should not listen to this book. I apologize to those who might take offense to this subject matter.

*In addition to uploading the book for publication, I am narrating the audiobook. My hope is that a listener might recognize one or more murders described in this audiobook and notify law enforcement officials.

Corporate rules require that this work be classified as fiction.

1. A Better Life: Goal Setting, Visualization & the Law of Attraction

2. How to Become an Airline Pilot: Achieve Your Dream Without Going Broke

3. A Day in the Life of an Airline Pilot

What listeners say about Lawful Murder