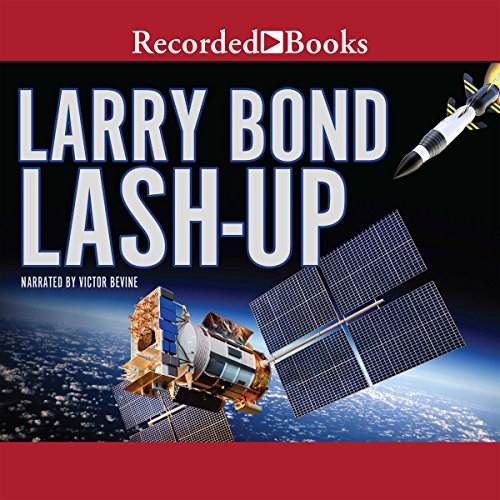 By: Larry Bond
Narrated by: Victor Bevine
Try for $0.00

In a bid to dominate Asia and the western Pacific, China provokes a military crisis with the United States and then starts shooting down GPS satellites. America has only a short amount of time to devise some way of protecting its remaining satellites or China will gain an enormous advantage in the coming conflict. The only way the satellites can be protected is from orbit, so an armed spacecraft must be quickly designed, built, and launched to fight on this new battlefield.

A team of soldier-scientists must construct a craft capable of knocking space weapons out of the sky. The fate of the United States rests on the shoulders of these determined people.

What listeners say about Lash-Up

I know Larry and his work, this is another great addition to the collection .

This books title on Audible.com is misleading. This has nothing to do with the First Team Series or any other Series Larry Bond has written.

Just a matter of time.

Fiction for now but it Makes you wonder how long until it actually may happen.