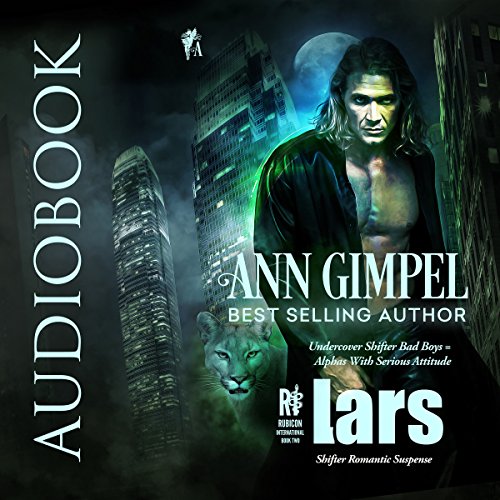 Tamara MacBride has a much bigger problem than hiding her shifter side from the world. By the skin of her teeth, and with a smattering of Irish luck, she manages to kill her sister's murderer. Escaping from the scene of the crime is much harder than she anticipated. Just when she thinks she might be safe, her cab driver shrieks and slumps over the wheel.

An unknown assailant terminates Lars Kinsvogel's target. Pleased by the outcome - after all dead is dead - he exchanges the glitz of Monte Carlo for a nearby airport, intent on collecting the private plane he left there. He's no sooner arrived when a cab jumps the curb, and he races over to investigate. There's not much he can do for the cabbie, but his passenger is still very much alive.

Trying to hustle Tamara out of the cab is tough. She's frozen by fear, but when Lars lays out the rest of his plan to move her out of danger's path, her temper flares. He can't leave her alone in Monte Carlo. Can he convince her to trust him in time to save her life?

I would recommend this audiobook, because the story is great. I read Garen already and wanted to read Lars therefore as well and was not disappointed. He intrigued me while reading Garen and Mirandas story and I wanted to know how he will fare.The story is full of action and with two likeable characters. Lars is not only tough but also helpful to find her true self. And you want them so badly to have their HEA. I’d love to read some more Rubicon books.When you like shifters, secrets, espionage, strong characters and hot love stories, this series is yours.

What was one of the most memorable moments of Lars: Shifter Romantic Suspense?

When Lars and Tamara were found. Apologies, I can’t say more or I would spoil the story, but that had been my favorite scene.

Which character – as performed by Gregory Salinas – was your favorite?

Lars. You learn in this book more of him, his character and he is totally fascinating, so complex. I just hope that my English does not sound like that as well. The narrator is mimicking a German accent since Lars is from Germany.

I would have loved to, but I listened to it while driving and finished it in two sessions. But it had been hard to turn it off. Didn’t expect it any other way though.

Give Rubicon Internation a try and I promise you won't be disappointed.

I could listen to Gregory Salinas's voice for forever! Smooth and hot. He does the guys parts awesome. Girls were good too.
I felt like apart of the story not just being read too
Espionage and taking down bad people is a hard job but someone has to do it. In Monte Carlo an evil man had to die, Lars is all set to do the man in when he gets the call his cover has been blown.
As soon as he gets to the airport a cab jumps the curb, the cabbie has been shot dead but the women in back is not and it's the same one he had seen earlier with his mark. The women he couldn't keep his eyes off. Acting on his gut he takes the women with him to his plane to get her to safety
Jaret Chen had to die, he had killed her sister or at the least ordered it. Problem was she was not a killer but she had taken him out now she was running for her life. In her run she ran right into Lars protection. Good thing too, it's the only thing keeping her alive.
The action on this is a 10! The characters are fantastic, the story is a hot mix of spice and suspense. It's not to be missed. Lars is like a German james bond who can shift into a big cat! I loved it truly amazing. There is so much to this mystery, suspense and shifters wow!

This book is the second book in the Rubicon International series. I have read multiple books from this author, including the first book in this series, and I was not disappointed in this book. This is a standalone. And no cliffhanger at the end though it is open-ended for future books. There is violence and hot steamy shifter sex. Definitely 18+.

The author packed a lot of emotion and action into this read and this story moves fast. The book blurb adequately describes the storyline so I'm not going to repeat that info here. The author does a good job describing the background of the company which is the basis of the series (which helps if you didn't read Book #1), the main characters Lars and Tamara, and why they are on the run.

I have both read the ebook version as well as listened to the audio version of this book. Gregory Salinas did an excellent job with his narration. This book has graphic sex scenes and I can't imagine having to voice them. They are sometimes hard enough to read but hearing them described had me fast forwarding at times.

I really enjoyed this story. I look forward to reading more of Ann Gimpel's books and the next book in this series once it's released

Book 2 Does not disappoint!

Lars is book 2 in the Rubicon series. If you enjoyed Garen, you will love Lars. Lars meets Tamara under not so ideal circumstances, however, there is instant attraction. What follows is romance, action, and shifter intrigue. I could listen to the narrator's voice forever. He plays Lars very well and I was instantly caught up in the story.

Enjoyed the story...Ann Gimpel on the go...

If you could sum up Lars: Shifter Romantic Suspense in three words, what would they be?

It's a different twist on shifter stories tapping into storylines you might find in a Bond movie, but with shifters as the leading characters fighting evil.

Did Gregory Salinas do a good job differentiating all the characters? How?

Salinas does use different voices/accents to portray the characters, but I found the cadence a little slow and flat.

I enjoyed the story but found the narration a little slow and flat for my taste. Not enough to keep me from listening to the story (more than once, by the way), but I think I might have enjoyed it more with a different performer (or perhaps alternating between Salinas for the male characters, and a female performer for the female characters).

Love the guys at Rubicon International

What made the experience of listening to Lars: Shifter Romantic Suspense the most enjoyable?

All of the action throughout the whole book

Lars was my favorite character because even though he's spent 300+ years alone and thought he'd never find his mate he was still a positive trusting character.

Have you listened to any of Gregory Salinas’s other performances before? How does this one compare?

Yes, Garen by Ann Gimpel. I liked this one better. I thought there was more inflection in his voice and diversity between characters and accents.

Yes, there was so much action I didn't want to stop listening.