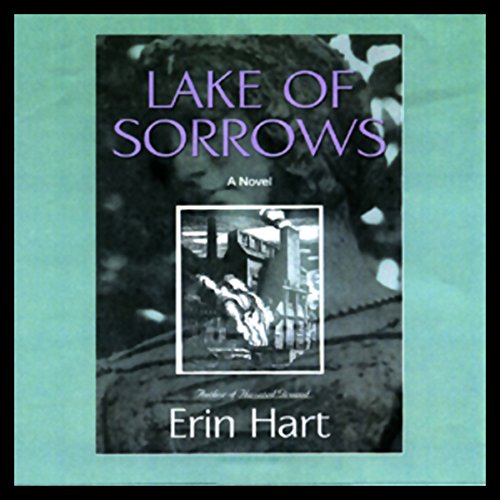 By: Erin Hart
Narrated by: Jennifer McMahon
Try for $0.00

American forensic pathologist Nora Gavin has been called to an archaeological site in the bleak midlands west of Dublin to assist at an excavation where a well-preserved Iron Age body has been found buried in a peat bog.

How many hundreds or thousands of years ago was the man killed? Was his a ritual death, some kind of human sacrifice? These academic questions are intriguing, but of much more urgent interest is the second body found nearby, of a man wearing a wristwatch, hardly an Iron Age accessory. But his corpse does show strange similarities to that of his ancient counterpart. Both bodies bear signs of "triple death," a primitive practice in which a victim was ritually slain three ways, perhaps to appease some pagan trinity.

Nora and archaeologist Cormac Maguire, embroiled in a tumultuous love affair, must team up again professionally, and are soon enmeshed in the web of tangled desires and terrible secrets that surround this untimely death. When the triple deaths continue, Nora and Cormac know they are in the middle of a deadly game.

"Hart's language sings, and the gothic atmosphere lingers the way peat clings to the skin of bog workers." (Publishers Weekly)

What listeners say about Lake of Sorrows

Erin Hart does a grand job of developing this mystery with characters from The Haunted Ground. In this stand alone novel, you learn more about bog bodies and black market antiquities. You also learn a bit about historical beliefs and the Irish countryside. The narrator has a terrific Irish accent and you can easily identify the various characters as the story unwinds. My only mnor complaint is that the "conflict" between the two main characters is frequently mentioned and I'd just as soon relegate it to lesser importance or get on with the happy ever after. (I am a romantic at heart). I was sorry to have it end especially since the next novel is not due out for awhile.

There are many knots to be untangled in this mystery set in the peat bogs of Ireland. The plot is engaging and the characters are interesting and deeply layered.

I bought this book, hoping that it might follow along similar lines as "Haunted Ground" - moving back and forth between a mystery in the ancient past and one in the modern day. And even though that is not the case, I thoroughly enjoyed the way the author tied the story together with a focus on ancient Celtic folklore & culture.

The narrator deserves special mention, as she successfully juggles a multitude of characters, keeping them all unique. Her command of the various regional accents is exceptional - as is her American accent for Nora.

As with "Haunted Ground", this novel started off slowly, and took a while to set the stage. It was well worth the wait though, as by about a third of the way through, I was totally engaged and couldn't wait to hear each development! This author does an excellent job of filling in details at just the right place and pace, and unfolding possibilities right until the denoument. The narrator is excellent. I'm looking forward to the next Erin Hart novel!

I loved this story, a good plot and characters, but I did miss more history on the ancient bog body found. I would have liked a bit more information on the findings and musings of these mysterious and interesting bodies found preserved in the bogs. The narrator is wonderful, her voice is so southing and her accents are great.

Disappointing near the end.

For the most part, I enjoyed this book. However, near the end, Nora becomes rather unbeliveably stupid.
Note: this may be a spoiler - She wonders how the mute woman could communicate what she had seen. This happens shortly after we find that same woman had catagorized and filed all her father's years of research. Gee, she must be able to read and write. I really hate it when the protagonist, a highly educated woman in this case, is portrayed as ignorant. I was so put out, that I almost didn't finish the book. I'm all for characters who try to solve mysteries on their own, but most of the time, they are smart enough to report extreme incidents to the police. Nora doesn't. This spoiled the book for me.

I was very impressed by the narrator who did an excellent job on this book. I would happily listen to her again.

Ms. Hart begins writing very well, with rhythm and good style. But near the middle or just beyond the plot becomes weak. A bottlenecking of details through to the resolution did not satisfy this reader.

Loved this book for the interesting story line and wonderful performance. Also enjoyed the history lesson which was enhanced by my recent trip to Ireland and the Archeological Museum in Dublin. No need to have been to Ireland to enjoy this tale, you will feel like you are there with the rich descriptions of the land and the bogs.

I love it a book causes me to learn about a culture. Plus you get an entertaining mystery.

A mystery, and a history. The narrator was fabulous. She brought the book to life.

Enjoyed book2 lots of twists and turns. Moving on to the next to see what Nora gets into.