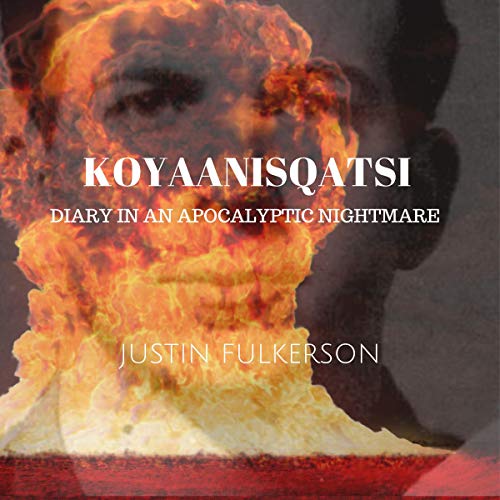 By: Justin Fulkerson
Narrated by: JR Mending
Try for $0.00

On October 25, 1962, when the world ended, Lee Harvey Oswald was an unknown failure seeking attention he thought he deserved. Oswald awakens in the rubble, finding supplies and shelter for a while before fleeing Dallas in pursuit of an ominous figure called Phoenix who has risen from the ashes to form a new society. Local night-club owner Jack Ruby tells Oswald that Phoenix has brought with him a glowing book of knowledge from the future that says Oswald was supposed to kill JFK. So, Oswald sets out to find out why his future was taken from him. Through radio broadcasts, reminiscent of Tokyo Rose during World War II, Phoenix is represented as a savior. But Phoenix is actually a time/reality-travelling demon bent on destroying the human race and returning control of our planet to the alien life-forms that brought us here in the beginning of time.

Outside of Mineral Wells, Texas Oswald meets White Feather, an old Hopi Indian shaman. White Feather explains that Oswald is the Lost White Brother who has returned to bring about the Great Purification. He tells Oswald there are two others who will join him to bring about the Hopi Prophesy. Oswald sets out on this life-changing journey and picks up a 19-year-old Florida State University student named Jim Morrison, who carries with him the symbol of the sun. Then, they come across 28-year-old Charles Manson, who escaped from McNeil Island Prison after the bombs dropped.

While hiding from military and renegade forces overtaking the country, they set out to fulfill the Hopi Prophesy and save the world from the destructive powers of the Phoenix. These three characters have a chance to redeem themselves for acts they have not even committed.

What listeners say about Koyaanisqatsi

This is a story and I just fiction but with the names it seems so real, could it have been in some parallel universe that these seven people save the world from aliens. The story is out of this world and I loved it I couldn’t stop listening. I would recommend this to anybody and everybody what a great story thank you to the author in the narrator.