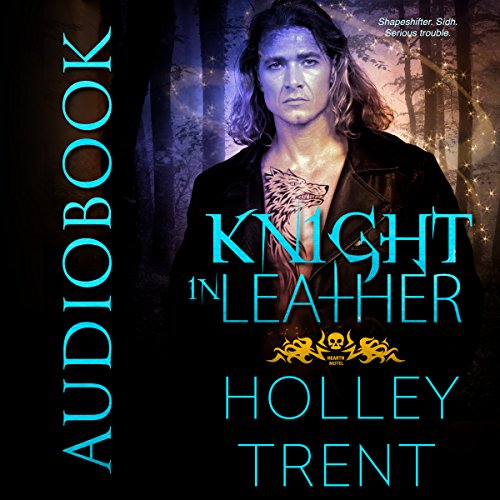 By: Holley Trent
Narrated by: Pyper Down
Try for $0.00

Dasha Maurice isn't in the market for a serious relationship, much less one with one of the leather-wearing fairies residing at her best friend's beach motel. Sure, Ethan Gotch is built like a linebacker and tongue-numbingly sexy, but he's also a smidge intense and has a pesky ex who insists he's her fated mate.

Being the only human in the fairy clique makes Dasha the perfect little soldier to play messenger in the fairy realm. She can't be detected by raging Queen Rhiannon's magic, and can help pull more oppressed Sídhe to freedom. The realm is collapsing and the people need a way out.

When Ethan's ex pulls a stunt causing Dasha to get stuck in the realm, she starts to believe she was right keeping her distance from the fairy, but that's the least of her concerns. If Dasha can't accept what it means to be the mate of a shapeshifting fairy knight and work a little magic of her own, the two may never make it home alive.

What listeners say about Knight in Leather

This book will have you on the edge of your seat and wanting more such a phenomenal edition to this series Narrator is absolutely perfect and brings this book alive A Must Read/Listen!!!!

I'm very pleasantly surprised with this book, and so far, with this series … I'd thought it might be a simple "self-caused problem fixed by f*k*g" type of plot, but, it's really a well-built interesting world with fairies, elves, werekin, humans, irritating personalities, fun personalities, a fairy realm apocalypse, all kinda good stuff happening.