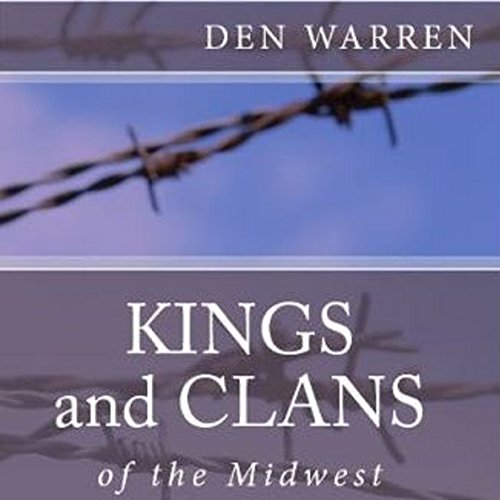 Kings and Clans of the Midwest

Kings and Clans of the Midwest

By: Den Warren
Narrated by: Joseph B. Kearns

Kings and Clans of the Midwest is a near-future novel set in the Midwestern United States. A plausible explanation is depicted on how the characters watch the dollar become worthless before their eyes. Without a viable currency, the economy and the country quickly slide into an apocalyptic collapse.

Characters from various backgrounds are desperate to survive in a situation that has rapidly diminishing resources and many are ready to resort to the worst kinds of evil to get their "fair share".

Very few in this dystopian apocalyptic setting have a clue about how to protect themselves, nor are many of them preppers. They don't all talk and act the same way, and everything doesn't always go right for them; nor do they all survive.

Characters are all forced to join one of the wide range of colorful and often violent factions. Some seek to establish a new kind of society and take specific, detailed steps of their own design.

Those who oversaw the ruin of the country, led by the US president, are desperate to cling to any power they can. The POTUS illegally invites the United Nations to help Homeland Security disarm its citizens and restore order to the nation. Many of the independently minded souls of the Midwest see things differently. .

What would have made Kings and Clans of the Midwest better?

Am unwilling to blame narrator for the work sounding like it was recorded in bunker fabricated of large, metal highway culverts.

disappointment that Audible let this one loose on a trusting market.

in years of listening, this would be the first item a "money back guarantee" should apply.