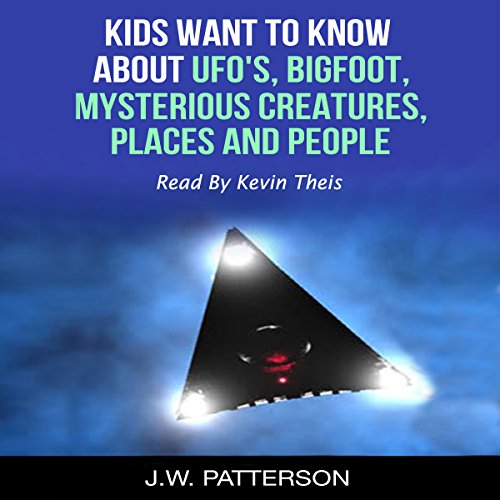 Five Books in One

Do you and your kids love stories about the strange and sometimes unexplained?

Kids do want to know about real-life mysteries.

Kids will learn what is known and not known about Bigfoot, UFOs, many reported mysterious creatures, mysterious places, and mysterious people. Is Bigfoot real? What do the American Indians think about Bigfoot? Are UFOs visiting us? Why is Gettysburg battlefield considered one of the most haunted places in the world?

Have you heard of the Jersey Devil? Over 2,000 people have said they've seen it! Three boys and their mother saw a UFO land in 1952. A huge creature was then spotted nearby and seen by many people in the area! Did you know that two mysterious children suddenly appeared in an English village claiming to have lived in an underground world and that they were both green? Did you know that Union troops swore that the ghost of George Washington appeared on the Gettysburg battlefield? Did you know that five military planes and 14 men were lost in the Bermuda Triangle in one flight exercise in 1945?

What listeners say about Kids Want to Know About Boxed Set