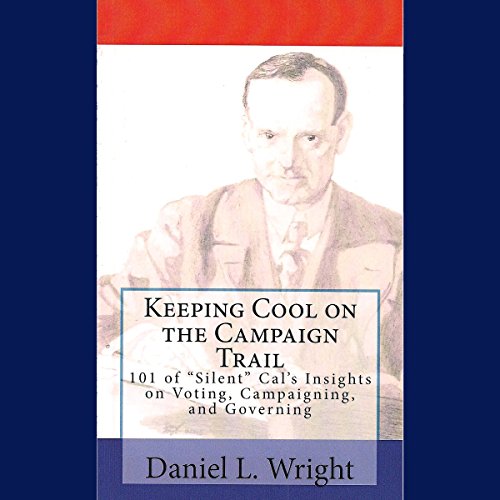 Keeping Cool on the Campaign Trail

Keeping Cool on the Campaign Trail

Calvin Coolidge is one of the most underrated presidents America ever had. Rather than reckon with his own words and on his own terms, however, it has become easier to caricature and dismiss him. The real record Coolidge achieved reveals a far more successful administrator, a principled constitutionalist, a much better leader than usually recognized, and a methodically independent - even non-conventional - thinker.

The power of his ideas and practical experience over a lifetime in politics, holding nearly every office from city council to the White House, exemplifies not merely a great example of public service but also a stirring call to higher citizenship from each of us. As the 2016 elections approach, America needs the benefit of his many insights, the guidance of his solid grasp of human nature, and the strength of his moral example.

This audiobook is not only for candidates and those who already hold office in the public trust, but also for voters to examine every campaign, test its participants. It's for those who want to see past the empty promises, campaign posturing, and good intentions so often masking the true from the false, the vapid from the substantive, and the opportunist from the statesman or woman. Calvin Coolidge, anything but "silent," has much to teach, if we are ready to learn.

One of the best US Presidents of all time. A must study for anyone going into public service.