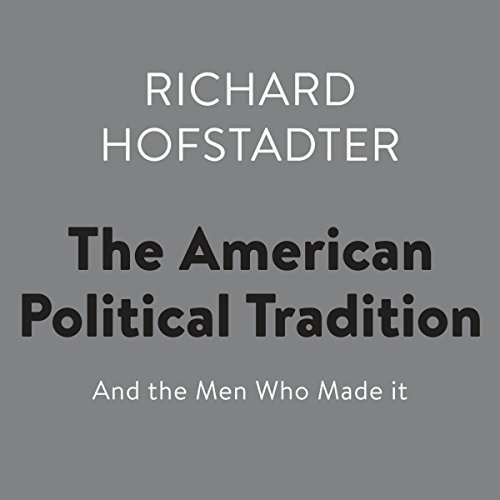 Please try again
Try for $0.00
1 title per month from Audible’s entire catalog of best sellers, and new releases.
Access a growing selection of included Audible Originals, audiobooks and podcasts.
You will get an email reminder before your trial ends.
Your Premium Plus plan is $14.95 a month after 30 day trial. Cancel anytime.
Try for $0.00

The American Political Tradition is one of the most influential and widely read historical volumes of our time. First published in 1948, its elegance, passion, and iconoclastic erudition laid the groundwork for a totally new understanding of the American past. By writing a "kind of intellectual history of the assumptions behind American politics", Richard Hofstadter changed the way Americans understand the relationship between power and ideas in their national experience. Like only a handful of American historians before him - Frederick Jackson Turner and Charles A. Beard are examples - Hofstadter was able to articulate, in a single work, a historical vision that inspired and shaped an entire generation.

What listeners say about The American Political Tradition