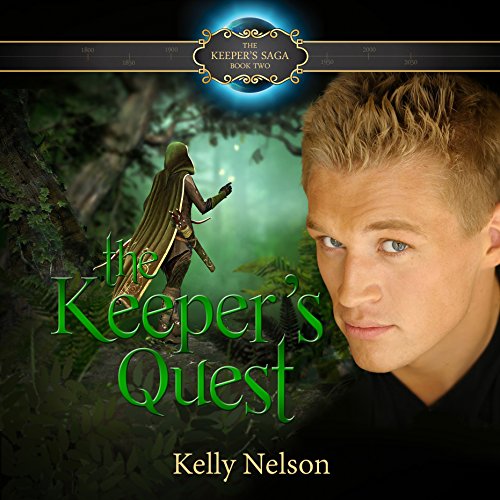 By: Kelly Nelson
Narrated by: James Simenc
Try for $0.00

A tragic death. A fatal trap. A daring quest.

"I woke to the flash of counter coordinates and a rush of adrenalin. Suddenly, it hit me. I was a pawn in someone's game of chess, and I'd just been moved. Master Archidus required my services. I was a Keeper, the Protector, to be specific. I hadn't wanted this, but I wouldn't shun my duties, either. The other Keeper's life wasn't the only one at stake." - Chase Harper

After a turbulent start to his senior year, Chase expects his life to return to normal now that Ellie Williams is back. But when a Sniffer's trap leads him on a journey spanning two worlds, he soon realizes things aren't always what they seem. Will his calling as Keeper require a sacrifice he isn't willing to make?

What listeners say about Keeper's Quest

This story was entertaining, although it dragged on slowly at some points. The excellent narrating made up for it, though!

The Audiobook adds an additional level of exciteme

What made the experience of listening to Keeper's Quest the most enjoyable?

I really enjoyed the Keeper's Saga series but the audiobook adds a whole new level of excitement to the story. Chase Harper's adventures become even more thrilling, compelling and there is even more love and strength with the verbal telling of the story. I started this series because it was one my daughter and I could read together but Kelly Nelson kept me hooked with her unique story line, plenty of twists and turns and a sweet, deep love story that is the center of the Keeper's Quest. If you enjoy the excitement of youth and young adventure then I highly recommend this series and the audiobooks.