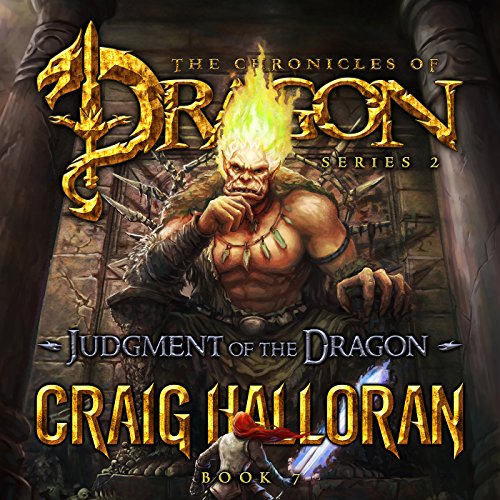 Judgment of the Dragon

By: Craig Halloran
Narrated by: Lee Alan
Try for $0.00

Hanging by a thread...

Lotuus the Fairy Empress's plans unfold with Nath Dragon's life hanging on the line, Will Brenwar and his friends rally to save him? Will they come to their deluded senses in time? To make matters worse, countless Wurmers fill the skies above the Corridor presenting even greater danger.

Selene and Sansla Libor find an unlikely ally in the changeling, Gorlee, but will they be able to stop the evil titan Tylabahn from returning to the Free City of Narnum and revealing their plans to destroy the wurmers?

Nath will need all of the help that he can find, mortal and mystic, to survive his next clash with the titan, Eckubahn.

The Battle of Good versus Evil begins to boil and only one force can triumph!

What listeners say about Judgment of the Dragon

Naft continues to find out how deep evil travels the world. Once again, evil gets the upper hand and Naft has to think of a way out of it. The series is speeding along at a fast pace.