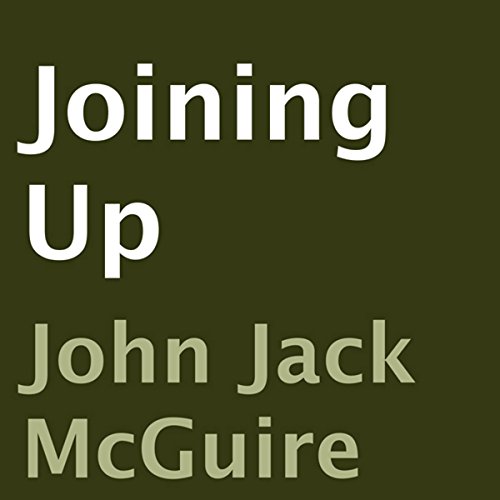 By: John Jack McGuire
Narrated by: Eric Stuart
Try for $0.00

En-route to the Civil War battlefields Bobby and Will become mule-train drivers with a scalawag muleskinner who runs supply wagons for a Massachusetts Regiment. The search for the 14th New York leads the runaways to the farmlands of Pennsylvania where Robert E. Lee is about to launch his armies of Northern Virginia against George Meade's Union Army of the Potomac. It's the eve of the biggest battle of the Civil War when the runaways finally don Union Blue.

What listeners say about Joining Up

Run away teens looking for brother in the 14th Reg

This is my first book by John Jack McGuire. The story has two teenage boys running away from a Brooklyn orphanage heading south to find a brother who is in Brooklyn's famous red legged devils of the 14th regiment. They are hired as muleskinners to drive a supply wagon for the Massachusetts's Regiment. When they get to Pennsylvania they join the Pennsylvania regiment as Robert E Lee's Army of Northern Virginia faces George Mead's Union Army of the Potomac at Gettysburg. Lots of history is given and local scenery also. The book is short but only covers the boys travels and the battle. The boys grow up fast on this trip. Eric Stuart did a good job reading the story.