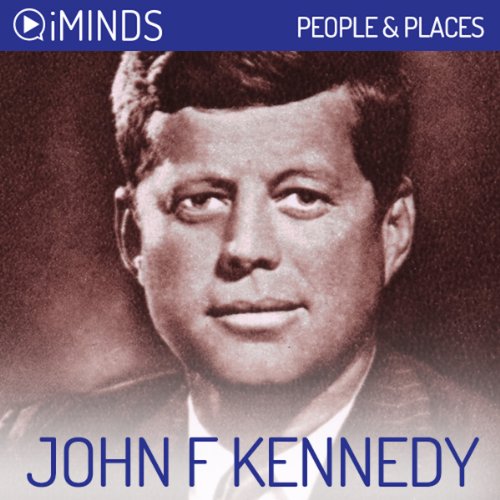 By: iMinds
Narrated by: Ellouise Rothwell

Learn about the life of John F. Kennedy with iMinds insightful audio knowledge series. On November 22, 1963. America was stunned. The events of that day would reverberate around the world and throughout history. The 35th President of the United States of America, President John Fitzgerald Kennedy, had been killed. He was the fourth American President to be assassinated in office but in the 1960’s it was different. There was television.

The world watched the President’s motorcade roll through Dallas, Texas with cheering crowds lining the streets. Amateur pictures of the fatally wounded President slumping into his wife’s lap were beamed around the world. While these images would become some of the most indelible of the 20th century, Kennedy's lifetime also offers a fascinating insight into the period, as he would prove one of the century’s most charismatic leaders.

Although John F. Kennedy was President for a brief time – it was a crucial time and influenced the decades that followed.