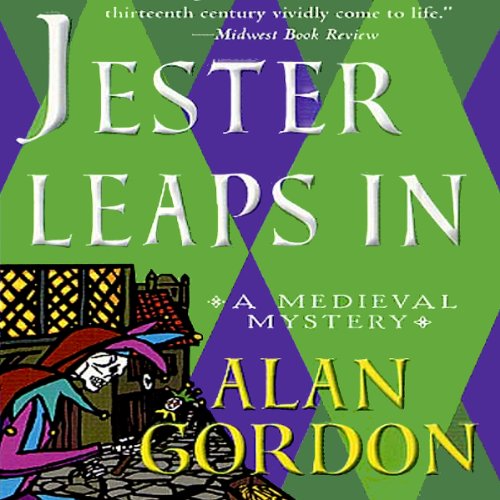 By: Alan Gordon
Narrated by: Fleet Cooper
Try for $0.00

In 13th century Europe, political turmoil is the order of the day and the Fool's Guild and its agents - jesters, jugglers, and knaves to a man - works behind the scenes to manipulate events, trying to maintain a balance of power. Theophilos, a member of the Guild known by many names, is still recovering from his last mission during which he was severely wounded and nearly lost his life but, in the person of Viola, found himself an apprentice and a wife. But there is no rest for the wicked. While he is recovering on the Dalmatian coast, the Guild approaches him with another mission. A crusade is being launched, with Venice as the staging ground, but some believe that Venice means to turn it to it's own ends. At the same time, there is trouble on the Byzantine throne - a pretender to the throne is gathering European backers. And to make matters worse, all of the Guild's agents in Constantinople have gone suddenly and mysteriously missing. So now, the newly married Theophilos and Viola must go to Constantinople to gather information, thwart the rivals of the Guild, stop the war, and maybe - just maybe - stay alive.

What listeners say about Jester Leaps In

It is difficult to comment on this audio book. The story was very entertaining, and I only bought the audio because I couldn't find this Book 2 (in the series) in any other form. Whilst the narrator is obviously an excellent narrator, and captured the main character's persona well, I just couldn't get over the fact that a medieval European (of Dutch birth) had a broad American accent.... Still, probably worth a listen.