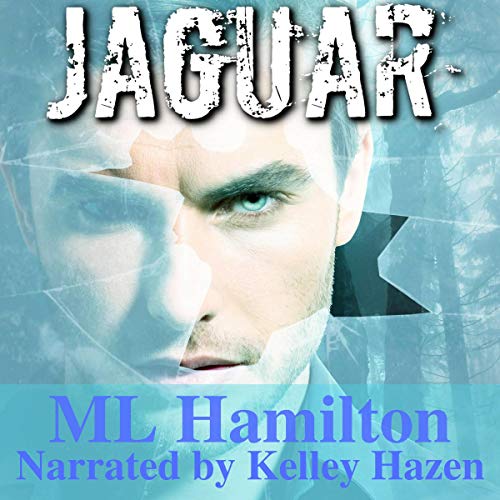 For Jaguar, the lure of the lights and the crowds has filled his years since leaving Sequoia, but even the brightest lights fade. When his mother falls ill, he puts his career on hold to help her, but coming home after so much time away has its own pitfalls.

Jaguar’s return creates a clash with his estranged father and a past lover who has secrets she’s been hiding for five years. In the face of his personal turmoil, Jaguar is forced to make a choice between the boy he was and the star he became.

Even more so, he has to decide between fame and family.

What listeners say about Jaguar

Jaguar by ML Hamilton is a great standalone listen. The character was first introduced in another book by the author in Zion Sawyer Mysteries. I loved the background of Jaguar, aka Jerome, and how tender he was to his mother. Small towns have a claustrophobic atmosphere to some people, and a comfort to others. I enjoyed how Jaguar fit in this book. Initially I didn't like his father at all, but he grew on me. The narration by Kelley Hazen brought the characters to life. I loved her distinguishable voices for them, and could easily hear who was speaking. This book has unexpected twists which I adore. I requested this review copy audiobook and have voluntarily written this review. I will definitely listen to more books by this author and narrator.

Jaguar was introduced in Cafe au Lait of the Zion Sawyers series. I found him to be a very interesting character and I’m so glad he’s gotten his own story.

Jerome (stage name, Jaguar) always marched to the beat of his own drum, and that didn’t sit well with his father. Returning home wasn’t necessarily the easiest thing for him to do, but when his career was stalling, his mom’s health was failing, and an unexpected surprise hits him, it’s just what he needs.

I loved this story by M.L. Hamilton. There were heart wrenching moments, but the ending left me feeling very content.

Kelley Hazen is quickly becoming one of my favorite narrators. Another stellar performance!

I was voluntarily provided this free review copy audiobook by the narrator and found it very enjoyable. Small town life is hard to adapt to for rock star Jaguar, but what choice does he have with his mother sick and needing him, plus what should he do about his newly discovered daughter? Jaguar is torn, and can't decide what direction goes to in. The story drags you into to it and you really don't want it to stop. It's very touching at times, but there is also humour. It's helpful to listen to Cafe au Lait from the Zion Sawyer Cozy Mysteries series so you have some back ground, but you really don't need it to understand the story line. Both the author's creativity and the narrator's interpretation makes a story telling combination that is hard to beat. Well worth the listen.

the Zion Sawyer Mysteries (can be read as an only but recommend reading all to recognize more of the characters in the book). The first half of book is heart wrenching and sad. Jaguar (Jerome) a rock star goes home after finding out his Mom is sick and finds he is a father to 5yr old girl Sophie and his life turns upside/down. At first I thought his father Henry was horrible but ended up liking him. Narration really makes the story. I was given this free review copy audiobook at my request and have voluntarily left this review. THANK YOU

Love the spinoff from other series

I didn't really think much of Jaguar the character from the Zion Sawyer series but I'm glad his character was given a spinoff. I have a greater appreciation for his character. He isn't the same jerk like person he displayed in the other series. In his own story I am able to connect with him and the struggles he goes through. I was given this free review copy audiobook at my request and have voluntarily left this review.

Jaguar was another great read by ML Hamilton. Jaguar finds himself still in Sequoia helping take care of his mother who has Alzheimer's. Unfortunately an ex lover has a secret and a vendetta against him. Jaguar faces these new challenges the best way he can. But now he needs to decide if he still wants the fame or his family. I loved reading this book and can't wait to read more by ML Hamilton.

Meet another side of Jaguar the Rock Star...

Jaguar, whose real name happens to be Jerome, appeared in the Zion Sawyer Mysteries series as a background character: a typical rock star who has bodyguards, behaves like a jerk most of the time and generally is someone we are not warming up to very much along the way at first. But, as the saying goes, looks may be deceiving... And they are, truly.

What we learn about Jerome in his own story, what we find out about his relationships with his mother and father, surprises us a lot. And when we discover what kind of person he really is, we get to like him a lot. His story is both heart wrenching and full of love and hope, and it ends in the best possible way (though I admit, some people will say, quite unrealistically...:))

The story is engaging, emotionally even more than plotwise; it will take you on a ride of self-discovery and growing up along with Jaguar himself. You will find out that not is gold that glitters and that we shouldn't judge books by their covers:) because people will always surprise us... I'm only glad I had a lot of time today and could listen to it in one go - it's so good:)

Narration by Ms Hazen is perfect. As usual, there's no problem with recognizing individual characters, and both the narrative parts and the dialogues are full of emotions and tension where necessary. It's a great interpretation of the book.

If I could give this book 6 stars for performance and story, I would give it 10 stars each. I loved it though I usually love ML Hamilton's books narrated by Kelley Hazen. I will admit to initially being sceptical about this book because I cannot say I was impressed with Jaguar in ML Hamilton's Cafe au Lait. He was arrogant and obnoxious. Certainly not book boyfriend material.

Then this book happened. Jaguar turned out to be an incredibly sensitive, thoughtful, kind son, father and friend. His journey is heart-warming and I don't want to spoil it by writing any more in this review. I will say that reading/listening to Cafe au Lait before you experience this book is worth it but not necessary. My only disappointment was that the story ended. I just hope we get to "visit" with Jaguar and his family in the Zion Sawyer series.

Jaguar appeared in an earlier Zion mystery and, like so many others, I'm sure, found him quite irrisistable. The tattooed lead singer and song writer of a popular rock group, Annacoda, which came to play in the small town music festival, Jaguar had elected to stay on in the town from which Her had fun away in his teens when the rest of the group returned to L.A., in part because his song writing ability had dried up and the fame of the group was fading, but mostly because his mother was ill and he needed to be with her despite the animosity of his father. Then there was also the small problem of the discovery of a small daughter Jaguar had not known about until recently.

Jaguar is, essentially, a spin off book from the Zion series, not a murder mystery at all, instead focusing entirely on Jaguar's last life and current relationships. Many of the characters from the Zion stories make appearances and the story, at times, makes for emotional reading. It has a theme of redemption, of looking below the surface and not being too judgemental without understanding. It is a well written and very sweet book in it's own way. Narration by Kelley Hazen is, excellent, as always, read with quiet emotion and fully voiced characters.

Unfortunately, it was not to my personal taste. Even so, certain exchanges of conversation both with his mother and father, individually, resonated as being both real and, even, profound.
Recommended for those who are looking for books about affairs of the heart of of coming of age stories. But, please note, this is not a mystery thriller.

This was a real tearjerker but I loved it. I highly recommend this book.
This is a spin off of the Zion sawyer books , so it’s best to listen to this after you listen to the first two Zion sawyer books.
As always the storylines and characters really get you hooked from the start I just can not stop listening to them.
And Kelly Hazen’s brilliant narration is perfect as always.🤩😻😂