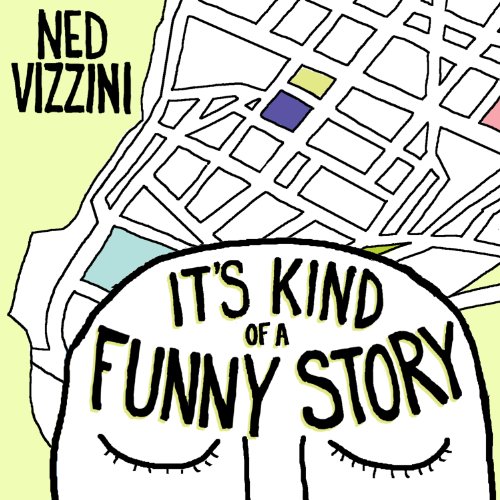 It's Kind of a Funny Story

By: Ned Vizzini
Narrated by: Robert Fass
Try for $0.00

Ambitious New York City teenager Craig Gilner is determined to succeed at life-which means getting into the right high school to get into the right college to get the right job. But once Craig aces his way into Manhattan's Executive Pre-Professional High School, the pressure becomes unbearable. He stops eating and sleeping until, one night, he nearly kills himself.

Craig's suicidal episode gets him checked into a mental hospital, where his new neighbors include a transsexual sex addict, a girl who has scarred her own face with scissors, and the self-elected President Armelio. There, Craig is finally able to confront the sources of his anxiety. Ned Vizzini, who himself spent time in a psychiatric hospital, has created a remarkably moving tale about the sometimes unexpected road to happiness.

"This book offers hope in a package that [listeners] will find enticing, and that's the gift it offers." ( Booklist)

What listeners say about It's Kind of a Funny Story

The narrator was great, I enjoyed all the characters voices and all but, the book itself was extremely bad.
The story started out great on depression, giving people a view on what’s like. then it got weird, there were times where he was sexualizing his own mother, making transphobic comments, racist, and homophobic comments as well. I tried to assume that the comments were made as part of a mental illness but it was never discussed in that matter making it a very unnecessary add to the story.

Entertaining story with a funny narrator

What made the experience of listening to It's Kind of a Funny Story the most enjoyable?

The quirky characters involved in interaction with the main character and how he sees them.

I really liked the professor and the other older black woman with no teeth.. they had a lot of character and provided for some very comedic scenes.

Which character – as performed by Robert Fass – was your favorite?

My favorite was Jimmy...Robert Fass's voice of Jimmy's character was hilarious and very believable.

The book certainly made me laugh, I think that the narration (Robert Fass) played a large role in that. An excellent audio book to me is one that provides a very detailed description of the scene, characters, and if the narrator is able to portray all of the characters in different ways and voices as to bring life to them and create a picture in my mind.

Would you listen to It's Kind of a Funny Story again? Why?

No, once is good for me.

Did Robert Fass do a good job differentiating all the characters? How?

Predictable but still a good read; especially if you gravitate toward reads about mental health.

It's Kind of an Acceptable Middle School Book

Was expecting a humorous take on a teen's POV entering a mental hospital. What I read was sophomoric and moderately interesting. The main character probably has autism and suffers from depression with thoughts of suicide. He meets a gaggle of odd characters, as to be expected, and finally reaches his revelation. This wasn't worth my full credit, although it's not terrible and I wouldn't return it. On sale, good bet. You can also check this out from your library and skim it, saving your credit.

But it's also kind of not a funny story.

I think if the language were more vibrant (or Craig was more interesting), then I might have liked It's Kind of a Funny Story. However, Fass's voice is strange, and I really disliked how he read the female dialog.

What was most disappointing about Ned Vizzini’s story?

I came into this with high expectations, and it just didn't deliver. FYI: I know it's not supposed to be a funny story entirely, but even the funny parts aren't that funny. I spent most of the story waiting for something to happen, and when something finally did happen, I didn't really care. I really wanted this to be The Perks of Being a Wallflower meets Girl, Interrupted, but it was nothing like that.

In my opinion, Fass's voice is too old for Craig, and the way he reads female dialog is less than stellar.

What character would you cut from It's Kind of a Funny Story?

Aaron. He's boring and serves little purpose, though he probably could have.

super boring and anti climactic, I didnt even finish it and predicted the plot right away. 0/10 save yourself time and money

The narrator in the audiobook portrays different characters with a wide range of voices, dialects and accents. He is extremely talented and does an outstanding job. My only issue is that it is difficult at times to tell if the main character is speaking or just narrating his thoughts. Overall, superb job.

I believe that this was an intriguing book that teens will find and can relate too. The narrator was splendid and the theme was thrilling

Fantastic book! Very real, take that from a resident expert. Great characters! I will recommend this one for sure ! Nice closed ending.