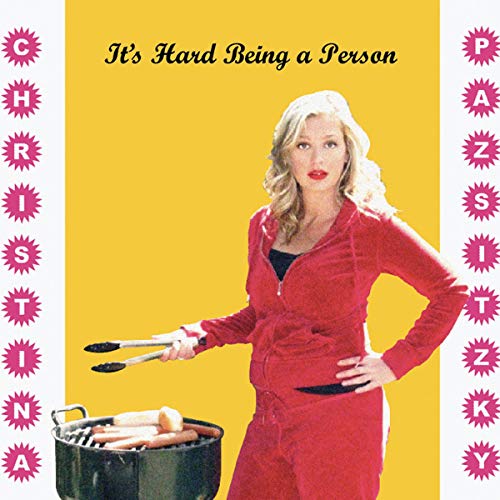 It's Hard Being a Person

Christina Pazsitzky (pronounced puh-jshit-ski) has been a round table regular and writer on the popular E! show Chelsea Lately, and is in the upcoming Showtime stand-up special Red Light Comedy, filmed in Amsterdam. Pazsitzky headlines comedy clubs nationwide and has performed for U.S. troops in Afghanistan, South Korea, and Africa. She has also performed at the Aspen Comedy Festival and Lucy Fest in Jamestown, NY.

Christina is a comedian with spunk. Please don't call her a "girl comic" - Christina's comedy ignores easy labels and covers all sorts of topics. Her comedy effortlessly coasts from topic to topic, always with a heavy dose of wit and charm. A long-time veteran of television, Christina is a regular on Tru TV's World's Dumbest and E! Television's Wildest TV Moments. She hosted the FX series Hitchhiker Chronicles, was a cast member on MTV's Road Rules Australia and was a regional finalist on seasons 6 and 7 of NBC's Last Comic Standing.

With a background in animation, Christina has written on and lent her voice to several animated projects, like the feature film TV: The Movie with the boys from MTV's Jackass and the television series, Trolls. In 2006, she won Animation Magazine's "Up and Coming Writer" Award and most recently wrote on the feature film Underground Comedy Movie. You can hear Christina on her weekly podcast "Your Mom's House", available on iTunes. Before becoming a comedian, Christina studied Philosophy at Oxford University and attended law school for two entire weeks. She grew up in the San Fernando Valley, a suburb of Los Angeles and spent her formative years in the food court of the Sherman Oaks Galleria. Smart, irreverent and funny, Christina has it all in one spunky Pazsitzky package.

What listeners say about It's Hard Being a Person