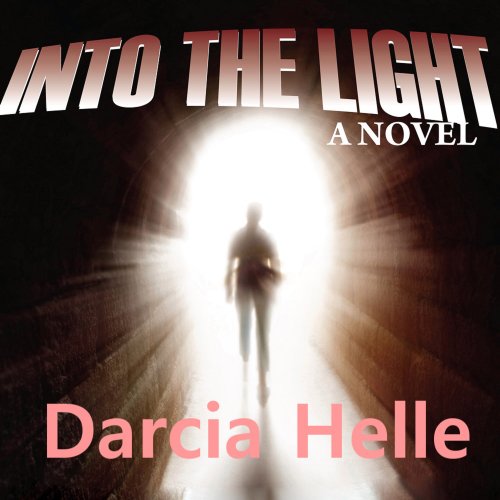 By: Darcia Helle
Narrated by: Paul Fleschner
Try for $0.00

Max Paddington refuses to go into the light until he finds his killer. This presents a dilemma, since Max is even less competent as a spirit than he was as a live person. No one sees or hears him and he can't manage to get anywhere or do anything on his own. Joe Cavelli is a private investigator, living an ordinary life.

Then one day he walks across a parking lot, gets yelled at by a ghost, and his life only gets stranger from there. Max and Joe team up to find Max's killer. In the process, they form an unlikely friendship and change each other's lives in ways they never expected.

What listeners say about Into the Light

And you thought you were having a bad day

The principal protagonist, Max, is a ghost (or becomes one quickly into the book) and refuses to go "into the light" until he brings his killer to justice. To this end, he elicits the assistance of a private detective, Joe.

This isn't a straight-forward murder mystery however, because Max revisits moments in his past in an odd homage to Charles Dickens's "A Christmas Carol." This book, too, imparts a message, but I won't go into that or give any more of the plot away, as this book is best enjoyed "fresh", without any foreknowledge.

It is humorous in parts but also introspective, a tough combination to achieve well. We become invested in the relationship between Max and Joe and want to learn what will happen next.

The narrator does a fair job and has an agreeable voice; however, he doesn't clearly delineate between the different characters, which can cause some confusion if one doesn't listen closely.

Highly recommend for any lover of mysteries who can suspend disbelief enough to enjoy the fantasy aspect.

If you are looking for a similar book (ghost aiding someone to solve his murder), I also highly recommend "Morgue Drawer Four" by Jutta Profijt. Profijt's novel has much more humor (and little introspection), but both are wonderful mysteries.

Would you try another book from Darcia Helle and/or Paul Fleschner?

No, I would not try another book by Daria Helle. I chose this book based on the Narrator Paul Fleschner , so yes I'll listen to him again .

What was most disappointing about Darcia Helle’s story?

I normally do not leave a negative review. I usually chalk it up to not being my cup of tea. But the main character, Max, had to be the most annoying ,whiny human being I've ever encountered . More character development and less repetition would have been nice. I struggled to finish the book. I was glad it was somewhat of a short story.

Did Paul Fleschner do a good job differentiating all the characters? How?

Paul did an OK job. I just finished Regret, which I enjoyed, and rushed to listen to more of his work. I think he was able to convey the emotions of the characters .

Annoyance primarily . Eagerness to have it finish sooner rather than later . Found myself saying more than once, "Go into the light and spare me your whining."

I wish the author much success in her career.