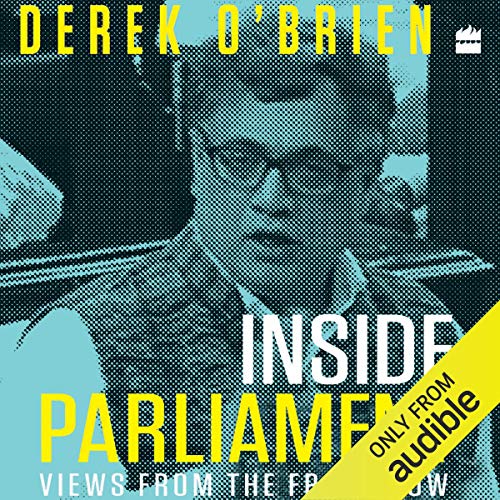 By: Derek O'Brien
Narrated by: Udai Matthan
Try for $0.00

Derek O'Brien dominated Indian television as the country's most well-known quizmaster for over two decades, asking questions to millions across India. Now he plays a key role in the Rajya Sabha, raising difficult questions from the front row in the Upper House. One of the most candid, courageous voices of the Opposition, O'Brien is articulate, incisive and provocative - qualities that are apparent in his writing.

In this book, comprising his best political essays, Derek O'Brien reflects on the state of the nation, offering insights from a unique vantage point inside Parliament. Never afraid of controversy or contention, he covers topics ranging from the Constitution, the effects of a hasty GST rollout and demonetisation to the media, the lessons he's learnt as an MP and the 2019 elections. Thought-provoking and captivating at once, Inside Parliament is required listening for all interested in understanding today's India and all who care about its future.

What listeners say about Inside Parliament