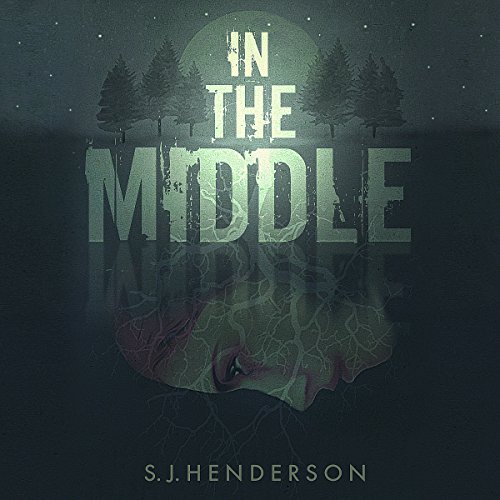 Cue Happily Ever After.

That's how the story goes, right?

Except this is Lucy. The same Lucy whose stellar driving skills single-handedly wiped out both of her parents, leaving her with nothing but the suitcase in her hand and the screws in her skull. Not to mention that Mr. Tall, Dark, and Handsome - AKA Oliver - is just as annoyingly bossy as he is hot. According to Oliver, Lucy's not safe in her new hometown, but he refuses to say why. He just gives her some lame warning about not going out after dark, like that'll stop her.

When several townspeople vanish, the lethargic community springs to life, fearful of the danger lurking among them. The problem is that Lucy's the last person to have seen any of the missing. Doesn't exactly qualify her for the Neighbor of the Year Award.

Lucy's already given up on Happily Ever After, but now she has two choices left: find out what's happening in her new home, or become the next victim.

What listeners say about In the Middle

A great book with a great story!

I just love this book. I couldn't put it down! It was very creative and well written. The narration was excellently done as well. It is a great read!

What did you love best about In the Middle?

How it kept my interest and I always wanted to hear more. It is a gripping and fun story

S.J. Henderson's books are wonderful and I read the softcover of "In the Middle" When I saw that it was available in audio I grabbed it and listened to it from beginning to end. A great story

The great themes of life in a YA paranormal

Death, love, regret and forgiveness: Jen Henderson’s *In the Middle* tackles some of the weightiest topics in life, through the eyes of teenagers. Intersecting planes of reality and the reiteration of lives bring the advanced narrative techniques of contemporary literature into the domain of Young Adult fiction. Love between man and woman, parent and child, across the racial divide and even that of animal and human, are occasions for Henderson’s delicate moral touch. There’s action, adventure and a sophisticated ending that leaves us wondering.

What made the experience of listening to In the Middle the most enjoyable?

This was such a unique and interesting read. I didn't know anything about it heading into the novel, but I found myself pleasantly surprised by the twist and turns it took. Henderson did a nice job mixing the emotions that come with death, mistakes in our lives, and what might happen in the afterlife. It was both mysterious and intriguing, while also sprinkling in a dash of humor here and there. I won't give any spoilers away, but I recommend this book for a different and satisfying read.

Didn't want to put it down

Would you consider the audio edition of In the Middle to be better than the print version?

I didn't read the print version, but did really enjoy the narrator.

I enjoyed the gradual reveal of plot details and the sweet romance. Both kept me on the edge of my seat.

Which character – as performed by Emily Kleimo – was your favorite?

The birthday party scene was moving.

I'm not normally into paranormal fiction, but I loved listening to this book! It's a great story, narrated by a talented narrator. It's also clean (no explicit sexual content, language, or gory violence.)