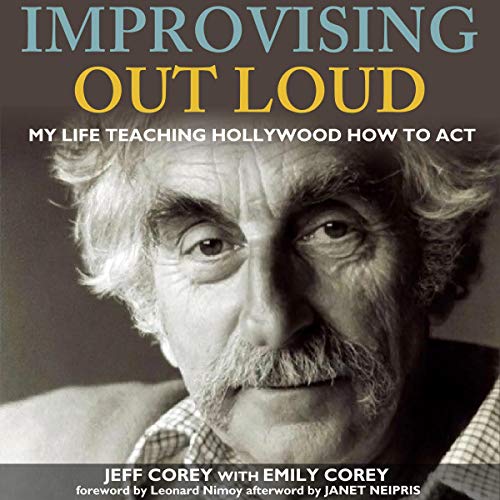 Jeff Corey (1914-2002) made a name for himself in the 1940s as a character actor in films like Superman and the Mole Men (1951), Joan of Arc (1948), and The Killers (1946). Everything changed in 1951, when he was summoned before the House Un-American Activities Committee. Corey refused to name names and was promptly blacklisted, which forced him to walk away from a vibrant livelihood as an actor and embark on a career as one of the industry's most revered acting instructors.

In Improvising Out Loud: My Life Teaching Hollywood How to Act, Corey recounts his extraordinary story. Among the actors who would soon fill his classes were James Dean, Kirk Douglas, Jane Fonda, Rob Reiner, Jack Nicholson, and Leonard Nimoy. In 1962, when the blacklist ended, Corey was one of the industry's first trailblazers to seamlessly reboot his acting career and secure roles in some of the classic films of the era, including Butch Cassidy and the Sundance Kid (1969), True Grit (1969), and Little Big Man (1970), in which he starred as the infamous Wild Bill Hickok.

His memoir, which he wrote with his daughter Emily Corey, provides a unique and personal perspective on the man whose teaching inspired some of Hollywood's biggest names to star in the roles that made them famous.

"Jeff Corey - actor, teacher, patriot! Would that my generation had such an inspiring and honest advocate." (Martin Sheen)

"A classic, epic book…I recommend this book to anyone who is interested in Hollywood, the theater, acting, or life itself." (Robert Morse)

"An absorbing chronicle of a noted actor, Blacklist survivor, and acting teacher for an impressive array of up-and-coming stars." (YES! Weekly)