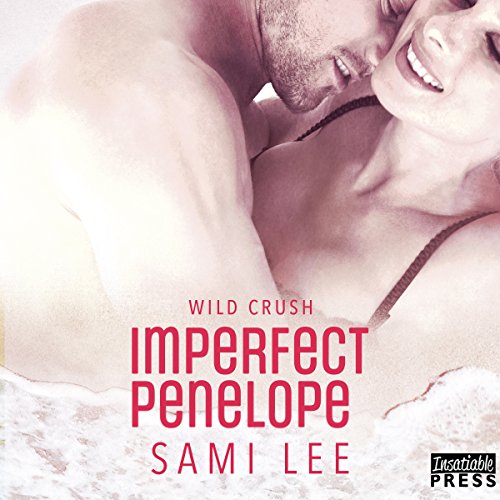 Penny Irving has been unlucky in love - most recently with a man who stole her rent money before skipping town. She'd love to forget the experience, but it's next to impossible when the louse's brother walks into her naturopathy clinic. She'd slam the door in Greg Danvers's face - if she didn't need the cash he's offering for yoga lessons. It's only a week out of her life. No harm done...until the tightly strung lawyer infiltrates her naughty fantasies with wild and wicked abandon.

Greg shut down his immediate attraction to the free-spirited Penny because she was his brother's girl, then because he thought she broke his brother's heart. Once he learns the truth, though, resisting temptation is impossible. There's only one problem. Their incredible night together doesn't put his infatuation to bed. Now he wants her more than ever. He just has to convince the once-burned, twice-shy Penny that he's willing to break all the rules for her.

Warning: features a vegetarian, new-age hippy who doesn't believe in impulse control, and a red-meat-loving control freak who believes everyone should play by his rules. Heated arguments and even hotter sex ensue.

What listeners say about Imperfect Penelope

Penelope was great! She was spunky and nice, witty but not rude and she gave Greg a run for his money.

Interesting storyline for sure.

How did I not know about these titles?!

If you could sum up Imperfect Penelope in three words, what would they be?

Which character – as performed by Alicyn Aimes – was your favorite?

All. She's an amazing narrator.

Sorry guys, I suck at reviews.

It really should hold my attention but it's just white noise for some reason. The book is slow but it could be really great it's just not holding my attention . If you have an extra credit go ahead and try it😳😳😳😳