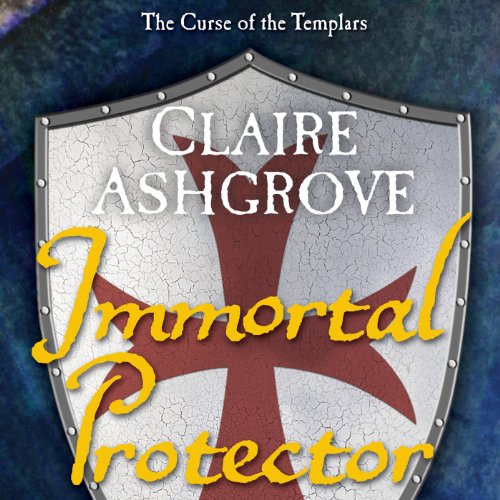 By: Claire Ashgrove
Narrated by: Dina Pearlman
Try for $0.00

After the brutal murder of his seraph, Iain Donnelly's salvation is eternally lost. Damned to become a dark knight of Azazel, he can no longer embrace his immortal purpose as a Templar Knight. When the archangels send him on Sabbatical to find his faith once more, his quest leads him straight into the forbidden arms of a Benedictine Sister, whom Azazel is threatening. But this woman arouses far more than his protective instincts. He wants her as he's wanted no other woman, and he's willing to provoke the archangels’ fury to keep her safe.

Catherine Grady has devoted herself to the fellowship of faith and forged a path of eternal dedication to a higher calling. But when a traffic accident forces her to accept Iain's aid, she discovers that her chosen path is not what her heart craves. Iain awakens a buried yearning to be needed and loved in a way her broken childhood denied her. As she struggles to reconcile her desires, she stumbles into the truth about her heritage, ancient secrets, and unholy danger. Iain's immortality is all that can protect her.

For Iain, it's an impossible choice. The archangels have decreed if he walks away from the Templar, they will reclaim his soul. Yet returning to the Order only guarantees his inevitable death….

What listeners say about Immortal Protector

i loved the curse of the templars series, following each of the knight's story .