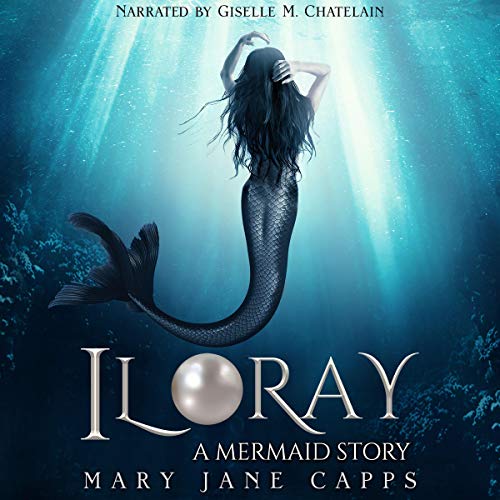 There are too many expectations. She’s expected to lead a pod of iloray who don’t seem to trust her. To be the responsible sibling, while her charming kid brother jokes, hunts, and woos. To marry her father’s unbearably dependable aide, Bravis.

Life in the water has always moved too fast. And now, it’s speeding up.

Gryshen’s beloved father is dying, leaving her to take the throne and guard her pod’s sacred pearl, a magical gem that gives life to all iloray.

When she meets the remarkable Coss, son of the most ruthless chieftain in Oceas, she finally finds a way out. But her dreams come undone as her father’s health collapses, the sacred pearl goes missing, and an ancient test reveals just how much of a stranger she is.

Now, Gryshen - who’s never led anything - must lead warriors from pods around the sea in a battle to save their kind. Will she discover what she is along the way?

The sea is full of secrets, and it’s time for them to surface.

The cover caught my attention and I am always interested in a mermaid tale. This story was very unique from the normal princess mermaid stories. Which made for a great and interesting read. The story was a clean read with just the right balance between romance and war. The heroine was hard to relate to in the beginning but of course she came about in the end, thankfully. The narrator did a good job bringing the story to life.