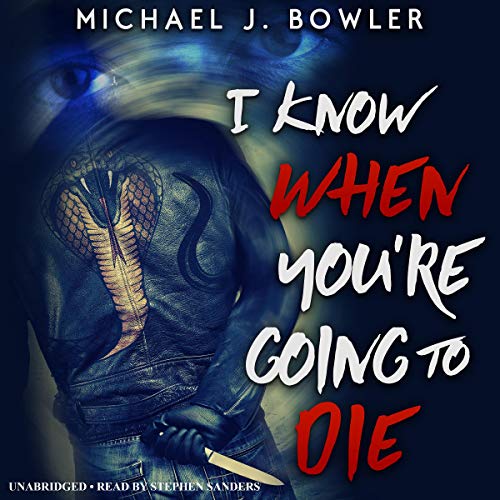 I Know When You're Going to Die

By: Michael J. Bowler
Narrated by: Stephen Sanders
Try for $0.00

Leonardo Cantrell is a painfully shy 16-year-old who cannot look people in the eye. One night while he’s volunteering at a homeless shelter, an old man forces eye contact and gives Leo the power to see Death.

His best, and only, friend - J.C. Rivera - thinks this new power is cool until Leo accidentally looks into J.C.’s eyes and “sees” his murder, a murder that will occur in less than two weeks. Stunned and shaken, the two boys sift through clues in Leo’s “vision” in a desperate effort to find the killer and stop him before he can strike.

Aided by the feisty new girl at school, Laura, the boys uncover evidence suggesting the identity of the murderer. However, their plan to trap the would-be killer goes horribly awry and reveals a truth that could kill them all.

What listeners say about I Know When You're Going to Die