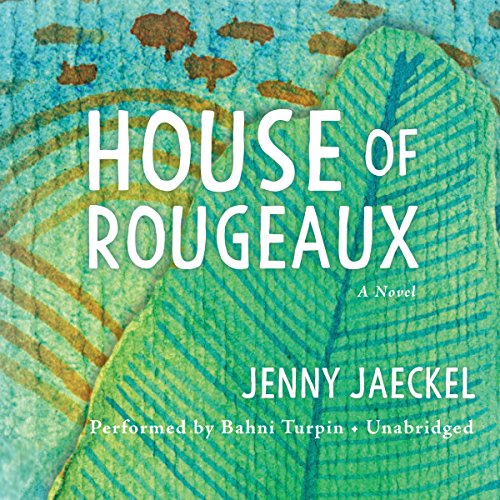 By: Jenny Jaeckel
Narrated by: Bahni Turpin
Try for $0.00

Following echoes between generations which defy normal time and space, a multilayered narrative celebrates the Rougeaux family triumphs while exposing the injustices of their trials. It begins with Iya, born in Africa in the 1700s, and brought to the Caribbean island of Martinique as a slave, and her two children, Adunbi and Abeje, who grow up on a sugar estate.

The siblings endure because of the kindness of fellow bondsmen and their uncommon abilities. A grandchild becomes emancipated in Quebec City, great-grandchildren find their way in Montreal, a great-great-grandchild runs off to Philadelphia, and another risks everything in New York City.

As each new member of the family takes the spotlight, a fresh piece of the puzzle is illuminated until at last, a homecoming uplifts them all. In skillful prose, award-winning author Jenny Jaeckel masterfully blends genres of coming-of-age, folklore, magical realism, and historical fiction with explorations of gender, race, and sexuality, creating a wondrous and harrowing tale of hope and healing.

“Turpin’s cool, clear voice fluidly takes the listener from place to place, and her accent switches seamlessly…giving each character a distinct and authentic voice. Turpin’s multifaceted performance enhances this rich tapestry of a novel.” (Publishers Weekly)

"Perhaps the greatest achievement of the book is that in spite of the inescapable presence of slavery and prejudice, it isn’t really about either of these. Jenny Jaeckel’s House of Rougeaux is about people - varied and fully realized individuals who make a flawed world their own." (Foreword Reviews, five-star review)

"Turpin's facility with accents and characterizations gives listeners a sense of these shifting time periods and the continuity that comes from generations of treasured family stories.” (AudioFile)

What listeners say about House of Rougeaux

1785 Until Present Tale of Strength and Endurance

What a touching, painful, yet ultimately triumphant story of two siblings, Abeje and Adunbi growing up on a sugar plantation on the French island of Martinique, having witnessed the brutal murder of their mother. What could have been a tale of hatred and vengeance wasn't . . . it was a story of what was . . . and an attempt to understand it, to get to the root of it . . . a becoming . . . one spanning centuries . . . the pain was not diminished or downplayed . . . the wrong was not swept under a rug . . . however, neither was it used as an excuse for the survivors to be less than what God intended for them to become . . . they were conquerors, survivors, they were WORTHY . . . The narration was spot on with Bahni Turpin . . . I believe that the House of Rougeaux will get much deserved attention in the future. Its among the best in this category.

I'm an old white woman. I've learned so much expanding my once only Eurocentric views.

I love the way the author weaved so many stories from one family through several generations. Though fiction, it provided an opportunity to wonder about my personal family lines and the possibility of how we arrived to America, and what was lost along the way. Beautifully written and a story I will never forget.

Beautifully written & beautifully delivered stories weaving through generations of an ordinarily extraordinary family, happenstance & destiny, touched with bits of magic. This book was different from many other writings set in the time, in that every situation had a very positive ending; I love this about it.

This is a rich complex story told by a masterful narrator. The book itself is so so slow and I found myself reaching for other stories in my library to listen to while doing my boring housework. Perhaps on a long drive, this will work but if your looking for a story to grab you push you along this one is more like a meandering stroll.

Loved it! The first time reading this authors work

Bahni Turpin really brought this story to life. The way Jenny Jaeckel wove the past and present together was amazing. It was a little hard to follow the first three characters because the names were clashing together. Try not to be distracted while listening.

Excellent tale of a family history!

Loved it! Though this is fictional, it makes me want to learn my own family history and write it. It may not be as interesting as this...lol! It always helps to know that you are here because others were able to survive, overcome trials, and even thrive. A great source of comfort and strength.

The content was interesting and I enjoyed the dialogue very much, but I thought that the narrative was pretty flat. I’m not sure how much of that was the writing and how much was the performance, but either way, it diminished my enjoyment of the book.